An aerial view of homes destroyed by the Camp Fire in Paradise, California on February 11, 2019.
Justin Sullivan—Getty Images
By Joel Rosenblatt / Bloomberg

PG&E Corp. was ordered by a federal judge overseeing its probation to respond to a Wall Street Journal story claiming the utility knew its power lines could cause wildfires and failed to perform upgrades.

PG&E “must provide a fresh, forthright statement owning up to the true extent” of the article, U.S. District Judge William Alsup said in Wednesday’s order. The judge, who has been critical of PG&E’s practices contributing to California’s wildfires, is overseeing its probation after it was convicted in 2016 of safety violations stemming from a 2010 gas-line explosion in San Bruno, California, that killed eight people.

A PG&E spokesman said the company is reviewing the court’s order.

The utility is under criminal investigation in Butte County, California, over the deadliest fire in the state’s history. The Camp Fire, which raged in the northern part of the state for two weeks in November, destroyed the town of Paradise, killing 85 people, and prompted PG&E to file for bankruptcy.

Alsup has pushed to reform what he’s called the company’s “dismal” management of vegetation near transmission lines that led to wildfires in 2017 and 2018. He ultimately backed off an aggressive fire-prevention plan he proposed in January, conceding to the utility’s complaint that it was unrealistic.

But Alsup continues to keep the company under close watch. His order also cited an ABC News report about recent political campaign contributions, and demanded that the company disclose the full amounts and recipients of the donations.

The judge also returned to a target he previously backed away from: dividend payments. He’s making PG&E explain why $5 billion of dividend payments were distributed before its bankruptcy filing.

For both the campaign contributions and the dividends, Alsup wants to know why the expenditures took precedence over trimming hazardous trees or managing vegetation that posed a fire threat.

He warned the company, which he repeatedly referred to as “the offender,” not to bombard him with “thousands of records” in its response and leave him to hunt for a needle in a haystack.

The Wall Street Journal story quoted a PG&E executive saying “the number of safety risks that we’ve found from our standpoint is unacceptable.” 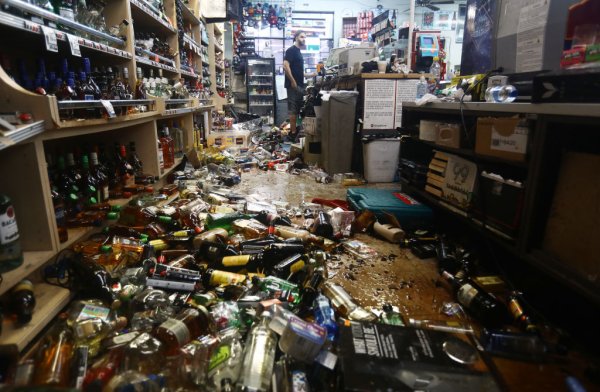 Watch: California Hit by 7.1 Magnitude Earthquake
Next Up: Editor's Pick