It’s a dress! It’s shiny legs! No, it’s a busted car door! In the latest edition of optical illusions that took the Internet by storm, a photo of a damaged car door — or, car gate — is being mistaken for a nighttime beach scene.

“If you can see a beach, ocean, sky, rocks and stars, then you are an artist,” Twitter user nayem, who originally posted the photo, wrote. “But it’s not a painting, it’s [the] lower part of the car gate which needs to be repaired.”

After the confusing image went viral, Nayem supplied more details for those who were having trouble seeing the car. “Focus on [the] dark side you will see [the] car gate,” he wrote. “It’s a car door, the seal panel under it is damaged, the bend in the door gives [the] illusion of beach, the seal panel is damaged and scratched which gives [the] illusion of water on the edge of [the] beach.”

However, there were some people who still couldn’t make sense of the photo.

“I’ve looked at this picture every which way possible, the only thing I see is someone might be looking through a window at a beach,” wrote one Twitter user. “Maybe if we saw the whole picture of the car, then it’s possible we might get it.”

“I can’t see the reality,” added another. “It’s like those hologram pictures from the ’90s.”

Of course, the real question is, what do you see? 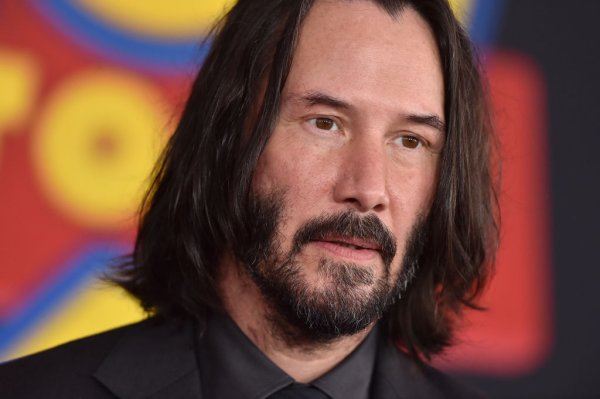 Casual Mother Has the Yearbook to Prove She Went to High School With Keanu Reeves
Next Up: Editor's Pick