It’s usually Prince George of Cambridge or his siblings who steal the show at royal functions. But their cousin, Archie Harrison Mountbatten-Windsor, just had his first big outing.

Though Meghan Markle has appeared publicly since she gave birth to Archie on May 6, this is the baby’s first day out and about. The family has shared pictures of Archie after his birth, for Mother’s Day and Father’s Day on Instagram, and most recently for his christening on Saturday. The polo match was held in Wokingham, England, which isn’t too far from the Sussex home at Frogmore Cottage in Windsor.

The mothers watched the game from the sidelines with their children.

Of course, Prince George and his siblings, Princess Charlotte of Cambridge and Prince Louis of Cambridge, were cute as ever, too. One-year-old Prince Louis even showed off his style with some too-big sunglasses snapped on camera and shared on social media.

While Prince Harry and Meghan left their joint charity with Prince William and Kate in June, Wednesday’s event benefited causes that both the Sussex and Cambridge couples are passionate about, including the habitats of Africa and the Queen’s Commonwealth Trust, the caption of a Sussex Royal Instagram post says.

It’s been a sporty summer for Meghan, who recently attended a Wimbledon match on July 4 to cheer on her friend Serena Williams, and Kate, who serves as the Patron of the All England Club, which hosts Wimbledon. 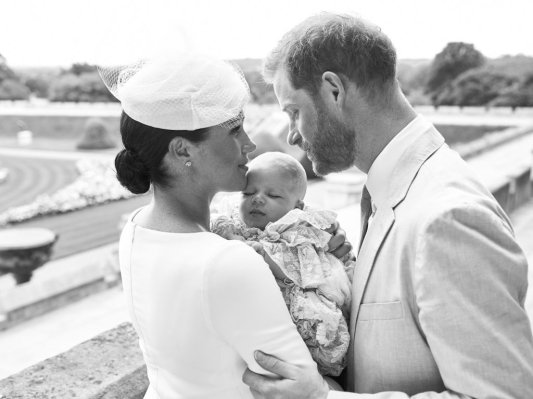 Photos of Royal Baby Archie at His Christening Are Here
Next Up: Editor's Pick