If you spend enough time on the internet, eventually you’ll run into a GIF of a burly, bearded mountain man, smiling and nodding as the camera zooms in on his face. The GIF frequently appears on Twitter used to show approval of a tweet. It was just one of those GIFs that lived on the internet just waiting to be used in response to a tweet or sent in a text to a friend. Then, in an article published on Tuesday, Splinter News blew the whole thing wide open.

In a post evocatively titled, “Did You Know the Nodding Meme Guy Is Robert Freakin’ Redford???”, the article revealed the truth behind the meme. Turns out the GIF of the nodding man wasn’t Zach Galifianakis, as many people assumed, or just “some pleasant lumberjack rando” as the article’s author wrote, but Academy Award-winning director, activist, and The Natural star, Robert Redford.

The GIF was taken from scene in the 1972 film Jeremiah Johnson, according to Know Your Meme, the website that serves as the internet’s repository for the details behind the viral memes and GIFs that make their way around the internet. The so-called nodding man meme has been making the rounds since at least 2012. Of course, many, many people on the internet already knew that and can’t understand how other people missed the memo.

Naturally, people took to Twitter to share their thoughts on the meme. The internet’s reaction is seemingly divided between people who already knew that the GIF was Robert Redford and are shocked that people thought it was Zach Galifianakis (including former TIME TV critic James Poniewozik who tweeted his dismay) and those whose world has been shaken up by the realization. 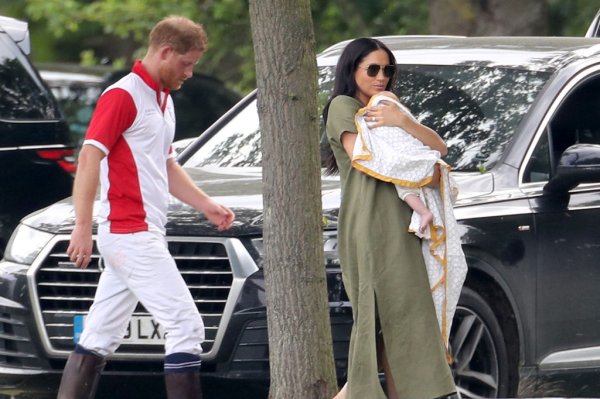 Meghan Markle and Kate Middleton Brought the Kids to a Polo Match
Next Up: Editor's Pick