'She Is Making a Mistake': Rep. Justin Amash Says Nancy Pelosi Should Move Forward on Impeachment

Independent Representative Justin Amash criticized House Speaker Nancy Pelosi for her handling of the Mueller report on Sunday, saying that the Democrat from California is wrong to avoid moving forward with impeachment proceedings against President Donald Trump.

“From a principled moral position she is making a mistake. From a strategic position she is making a mistake. If she believes as I do that there’s impeachable conduct in [the Mueller report], then she should say so,” the newly-Independent congressman from Michigan said in a Sunday interview with CNN’s Jake Tapper. “She should tell the American people we’re going to move forward with impeachment hearings and potentially articles of impeachment.”

The statements come days after Amash announced he was leaving the Republican Party in a July 4 Washington Post op-ed. In the opinion piece, the representative criticized leaders of both parties and called the two party system “an existential threat to American principles and institutions.” Amash previously had been the only Republican in Congress to publicly state that the Mueller report represented evidence of impeachable conduct on the part of President Trump.

The congressman further castigated the speaker on Sunday for what he framed as inconsistent messaging to the public.

“When she says things like ‘Oh I think that we need to have the strongest case before we go forward,’ what she’s telling the American people is she doesn’t think there’s a strong case,” Amash said on CNN. “If she doesn’t think that, then she shouldn’t open her mouth in the first place and say she thinks there’s impeachable conduct.”

Since the Mueller report on Russian election interference was released in April, Pelosi has been cautious on impeachment, citing a lack of congressional support. In an appearance at the TIME 100 Summit in April, the speaker said that impeachment would be “one of the most divisive paths we could go down,” but also said that the measure wasn’t necessarily off the table.

On Sunday, Amash went on to say he believes Pelosi thinks there is a strong case for impeachment, and that Pelosi should move forward with impeachment hearings and educate the public since most people “don’t have time to read a 448-page report.”

Amash also said he believes “less than 15 percent” of members of Congress on both sides of the aisle have actually read the full Mueller report. 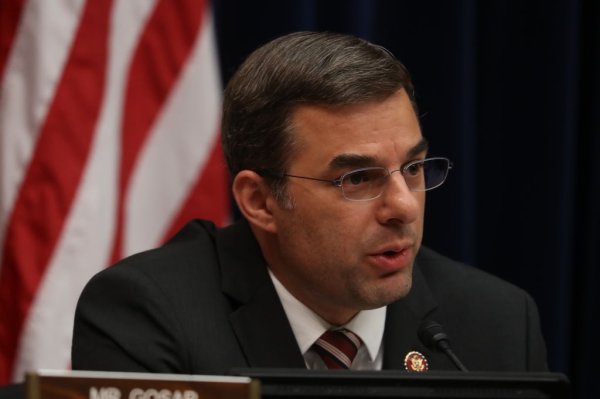