In this Sept. 6, 2014 photo, Chris Cline speaks as Marshall University dedicates the new indoor practice facility as the Chris Cline Athletic Complex in Huntington, W.Va. Police in the Bahamas say a helicopter flying from Big Grand Cay island to Fort Lauderdale has crashed, killing seven Americans on board. None of the bodies recovered from the downed helicopter have been identified, but police Supt. Shanta Knowles told The Associated Press on Friday, July 5, 2019, that the missing-aircraft report from Florida said billionaire Chris Cline was on board. (Sholten Singer/The Herald-Dispatch via AP)
Sholten Singer—AP
By Gina Martinez

West Virginia Coal-mining billionaire Chris Cline was killed in a helicopter crash off the coast of the Bahamas one day before his 61st birthday on July 4, friends and colleagues confirmed.

According to Evan Jenkins, Justice of the Supreme Court of Appeals of West Virginia, the crash also claimed the lives of his daughter and five others, including the pilot of the helicopter. In a Facebook post commemorating the coal executive and philanthropist, Jenkins described Cline as “selfless.”

“Chris loved West Virginia,” Jenkins wrote.” His selfless and generous support for programs and projects throughout the state improved the lives of countless West Virginians. His life’s story was one of hard work, love of family and caring support for others. My deepest condolences go out to his family.”

According to Forbes, at the time of his death Cline’s net worth was $1.8 billion. Forbes reports that Cline got his start working in coal mines at age 15 and his fortune grew when he “bet big” on high-sulfur coal reserves in Illinois. Cline took his coal mining firm Foresight Energy public in 2014 and sold controlling stake in 2015 for $1.4 billion cash, Forbes says.

According to the Associated Press, the Royal Bahamas Police Force confirmed the helicopter was flying from Big Grand Cay island to Fort Lauderdale. AP reports that authorities have not identified the deceased, but confirmed four women and three men died in the crash.

While police have not named Cline as a victim, several people, including Cline’s attorney, Brian Glassier, confirmed his death on social media.

On Twitter, Glassier remembered his client as a “courageous” man, who despite his large fortune, never lost touch.

“Our client Chris Cline died today,” Glassier tweeted. “A billionaire, he never lost touch with the days he lived in a double wide and used a blow dryer to thaw his winter pipes. He was the most courageous client we ever had the privilege to represent. We will not see his like again. RIP Chris Cline.”

“Today we lost a WV superstar and I lost a very close friend,” Justice tweeted. “Our families go back to the beginning of the Cline empire – Pioneer Fuel. Chris Cline built an empire and on every occasion was always there to give. What a wonderful, loving, and giving man.” Governor Jim Justice 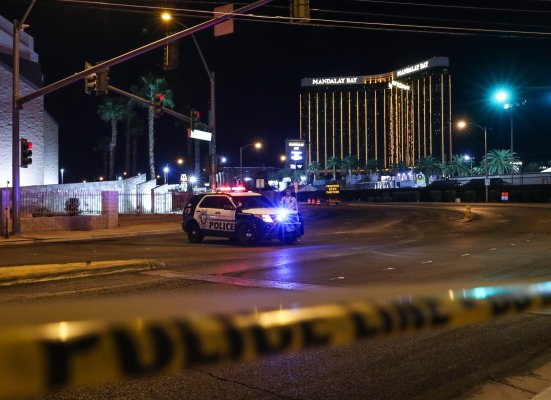 Police Officer Fired After He 'Froze' During Shooter Response
Next Up: Editor's Pick