United Airlines has issued an apology to the family of a 14-year-old boy who was mistakenly put on a flight to Germany instead of Sweden.

Brenda Berg of Raleigh, N.C., tweeted that she paid United Airlines to accompany her son Anton during his layover at Newark Liberty International Airport (EWR) on Sunday. Berg also tweeted that the teen was set to board a Scandinavian Airlines (SAS) flight headed to Stockholm Arlanda Airport (ARN), but instead ended up on a plane that was traveling to Germany’s Düsseldorf Airport (DUR).

According to United Airlines, the representative escorted Anton to his SAS flight that was originally located in EWR’s Terminal B. Instead, Anton boarded a Eurowings flight that was instead occupying the gate. The plane was fully boarded and ready to take off but when the staff was alerted of the error, the plane returned to the gate.

In a statement to TIME, United says it apologizes for the incident.

“The safety and well-being of all of our customers is our top priority, and we have been in contact with the young man’s family to confirm his safety and to apologize for this issue.”

United said they refunded the $150 unaccompanied minor fee and will contact the family to see what else they can do for them.

United added that Eurowings is looking into how he was allowed on their flight to DUR without a boarding pass. Berg also tweeted that her son contacted her and said “I think they put me on the wrong plane and it is about to take off for Germany.”

Berg live-tweeted the incident, tagging both United Airlines and Scandinavian Airlines in an effort to get her son off the plane before it took off.

“Someone contact me!,” she tweeted. “Please let us know you have this under control.”

In a series of tweets after her son got off the plane, Berg complained that United was slow to respond and were not helpful. Berg claims in her tweets that Eurowings turned the plane around when it was taxiing and he was heckled by passengers. She says her son was left alone at EWR and it took five hours for him to be set up with an agent.

Anton was rebooked for a flight later that night that connected through Copenhagen, but Berg said the lack of communication with United was unacceptable.

“Warning to everyone. Never trust United with your children,” She tweeted.

The following day Berg posted an update, tweeting that her son made it safely to Sweden and is with his grandparents, noting that Anton is now “enjoying special summertime with family.” 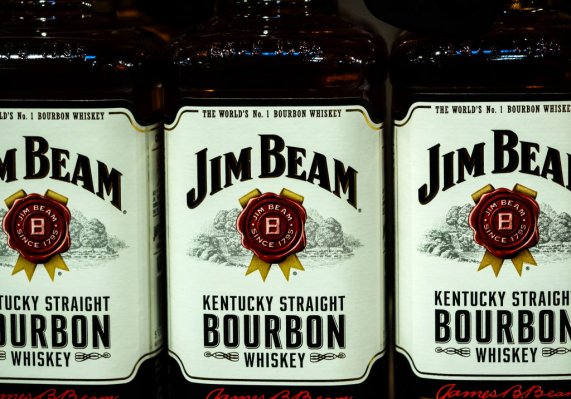 40,000 Barrels of Bourbon Destroyed in Jim Beam Warehouse Fire
Next Up: Editor's Pick