For the First Time, Researchers Eliminated HIV From the Genomes of Living Animals

There’s no question that powerful anti-HIV medications can do a fairly good job of keeping the virus under control. Used properly, these anti-retroviral drugs (ARVs) can suppress HIV enough to keep it at levels so low they’re undetectable in the blood, which drastically lowers the chance of spreading the virus during sexual activity or transfusions. But ARVs can only do so much.

They work best on viruses that are actively making copies of themselves and infecting healthy cells. HIV has evolved to “learn” this, and can mutate to become resistant to the medications so that as soon as the drug onslaught stops, viruses replicate with abandon once again. HIV can also preserve itself by hiding, quiescent and not replicating, in lymph and other tissues throughout the body. When the immune system drops its guard, these latent viruses can start replicating again. All of which means that once a person is infected, these viruses remain in the body like an uncapped grenade, just waiting to overwhelm the immune system with millions of infectious virus, years, or even decades, after HIV infected its first cell.

Finding and eliminating every trace of the virus would be a far better solution than ARVs. But so far, researchers have not been able to create a vaccine or anything that can do that.

In a study published July 2 in Nature Communications researchers report a possible new way to eliminate HIV from an infected animal’s genome. In a study involving 29 mice, in some of the animals the team used a combination of a modified ARV treatment to keep the virus at low activity levels, along with a powerful gene-editing technique that snipped out HIV genes from infected cells. In various tests, the scientists could find no trace of the virus in 30% of the animals.

“This observation is the first step toward showing for the first time, to my knowledge, that HIV is a curable disease,” says one of the study’s lead authors, Kamel Khalili, director of the center for neurovirology and the Comprehensive NeuroAIDS Center at Temple University’s Lewis Katz School of Medicine.

First, the researchers reduced actively replicating virus in the blood using conventional ARV drugs modified with a process called LASER ART. The process was developed by Dr. Howard Gendelman, chair of pharmacology and experimental neuroscience at the University of Nebraska Medical Center, and the study’s other lead author.

With LASER ART, traditional anti-HIV drugs are tweaked so they develop a crystal structure, and are then encased in fat-soluble particles. This enables them to slip through the membranes of cells in places where HIV tends to hide, like the liver, lymph tissue, and spleen. Once inside, the cells’ enzymes start to release the drug. The crystal structure releases the drugs more slowly, allowing them to continue killing off dormant viruses as they start to emerge and replicate for months rather than days or weeks, like the conventional forms of the medicines.

The second step involved using the gene-editing tool CRISPR-cas9 to splice out HIV from any circulating cells that are infected with viral genes—cells that the anti-HIV drugs missed.

Khalili had previously used CRISPR to successfully snip out HIV genes from human cells in a lab dish, as well as from lab animals. But, when used alone, CRISPR isn’t enough; once HIV replicates, it churns out so many copies that it’s not possible for CRISPR to edit them all. In fact, some of the mice were treated with CRISPR alone, and some with LASER ART alone; in both of these groups, levels of HIV rebounded eventually during the five to eight week study period.

However, when combined with LASER ART, the two therapies effectively eliminated HIV from animals in the trials.

“Over the years, we have looked at HIV as an infectious disease. But once it gets into the cell, it’s no longer an infectious disease but becomes a genetic disease because the viral genome is incorporated into the host genome,” says Khalili. “In order to cure the disease, we need a genetic strategy. Gene editing gives us the opportunity to eliminate viral DNA from host chromosomes without hurting the host genome.”

The CRISPR-cas9 technology was remarkably accurate and precise in animal tests, splicing out just HIV genes without making unwanted cuts elsewhere in the DNA of the mice, Khalili says. What’s more, the researchers also took immune cells, which HIV tends to target as hosts, from the animals treated with both LASER ART and CRISPR and transferred them to healthy animals to see if they developed HIV infection from any virus that may have remained. None did.

“We’re pretty confident with the outcome and very pleased to see that in small animals, using the technology and method we developed, one can achieve what we call a sterilizing cure, or elimination of the virus,” says Khalili.

The team is already testing the therapy in non-human primates, and hoping to confirm the same results. If it can, it would open the door for human testing. In 2015, Khalili co-founded the Philadelphia-based company Excision Biotherapeutics with plans to conduct future human trials using this treatment method, and he’s optimistic about the approach. “It seems that CRISPR might be the way to cure HIV—that’s what we’re hoping,” says Khalili. 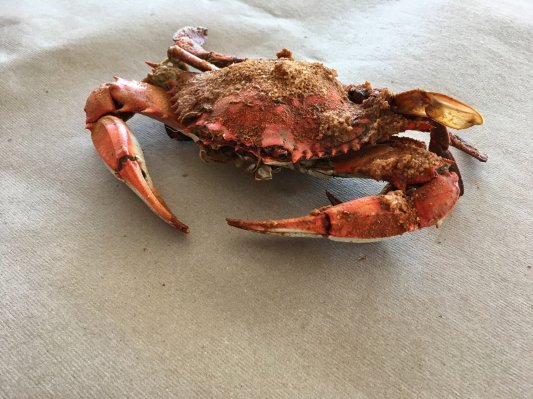