Game of Thrones star Sophie Turner and Jonas Brothers singer Joe Jonas officially tied the knot in France over the weekend at a chateau, but the celebrity pair was almost overshadowed at their own wedding by the presence of a dog that stole the show. The dog appeared as one of Jonas’s groomsmen in photos from the big day, and even had a special dog-sized tuxedo outfit to keep him matching the rest of the squad.

Joe kept a casual hold of the pup’s leash in the group photos. Some have identified him as Porky Basquiat, the pair’s own Alaskan Klee Klai, which they adopted in 2017.

Turner and Jonas, who have been dating since 2016, had an impromptu Las Vegas wedding in May as well. But that one did not feature this canine superstar. This time, the whole crew turned out at the chateau in Sarrians, France, including fellow actors Maisie Williams and Priyanka Chopra, who also happens to be Nick Jonas’s wife.

The presence of the dog seems particularly fitting for this wedding, given that Turner is famous for playing Sansa Stark in blockbuster show Thrones. The Stark family are associated with wolves, and Turner even has a tattoo to commemorate her time on the show that reads “The pack survives” and has an image of a direwolf, the sigil of her house.

Turner recently starred in the X-Men movie Dark Phoenix, while Jonas reunited with his brothers to release their new album Happiness Begins. 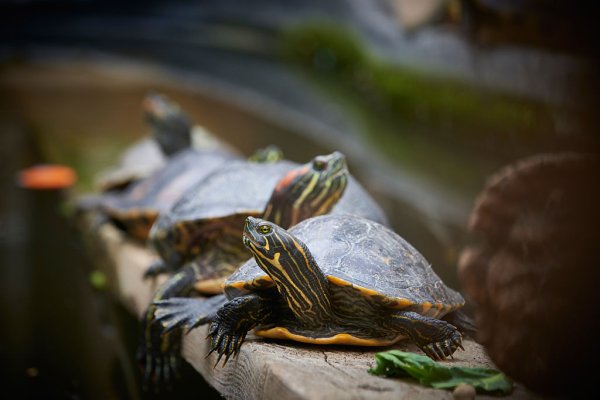 This Turtle With a GoPro Will Take You on a Pond Adventure
Next Up: Editor's Pick