I've Been Using Apple's New iPhone Software Out Later This Year. These Are My 7 Favorite Features

Apple recently released the public beta for its upcoming iOS 13 update and brand new iPadOS, meaning you can now get the latest and greatest software for your iPhone or iPad before it’s deemed bug-free and ready for public consumption.

Everyday users probably shouldn’t install these upgrades until they’re more stable. But I figured I’d give them a shot and report back. My biggest takeaway: The best updates in iOS13 are the ones that are truly making my life simpler. Sure, new features like improved Memoji are great, and being able to add new makeup, hairstyles, and other customizable options is quite entertaining. But making my day-to-day easier? Now that’s how you rethink what computers can do. And it’s what Apple does pretty well, most of the time.

These are my favorite iOS 13 features so far. If you’d like to try it for yourself, you can head to Apple’s Beta Software Program page on your device of choice. But again, beta software like this can be notoriously buggy and crash frequently, so if you can’t afford to have a malfunctioning device while you’re doing critical work, just wait until the final update is available later this year.

You never know how much you’ll appreciate a proper web browser until it’s gone. Case in point: Apple’s own Safari browser. Whereas it used to struggle with sites designed to run on traditional browsers, Safari can now handle nearly any site you throw at it, including pages full of ads or content management systems like WordPress or Squarespace pages and dashboards.

The new Safari can also more easily deal with all those tabs you open during a browsing session — you can schedule automatic tab cleaning ranging from daily to weekly, keeping your tabs pristine and your conscious clear.

Not only has Apple’s Reminders app been subject to a thorough redesign, an upgraded Siri allows it to do more with what you need to get done.

Reminders now lets you attach files like images or documents to each item, create groups of tasks and lists, and tag people you’re chatting with in Messages if you’ve got a reminder with their name in it. You can also use Siri to add multiple items to your list of reminders at a time, separated by the word “and.”

Ever wonder how your iPhone apps always seem to know more than they should about where you’ve been? That’s because many use services like Wi-Fi or Bluetooth to determine your location more accurately, while some serve you ads based on where you’re at.

With iOS 13, being launched amid Apple’s recent focus on privacy, apps must now ask for your permission whenever they want access to certain features, including Bluetooth. That means when apps like Google Maps ask for extra bits of information, seemingly for no reason, you’ll be better equipped to keep it to yourself.

Introduced in iOS 7, Control Center let users quickly enable or disable certain utilities, like Wi-Fi, Bluetooth, or the iPhone flashlight. But one major drawback was its lack of additional options when it came to quickly adjusting or disabling your wireless connections. Instead of turning off your iPhone’s wireless connections completely, Control Center only allowed you to temporarily disconnect from Wi-Fi routers, while your iPhone or iPad could still communication through AirDrop or with accessories like the Apple Watch.

Now? When you tap on the connectivity options in Control Center, you’ll see an added link taking you directly to the Wi-Fi or Bluetooth options in the Settings app, where you can quickly switch networks or turn off Wi-Fi completely. It’s not perfect, but it beats the old implementation.

The bane of my existence was undoing some written text or pasted image on my iPhone, which required a vigorous shake of my iPhone in order to call up the “Undo” button. With iOS 13, users can simply perform a three-finger tap to call up some copy/paste options, including the ability to undo and redo, all from an easy-to-grasp pop-up window. And since it works on iPadOS as well, you’ll no longer have to shake a tablet the size of a dinner plate to get rid of your mistakes.

Everybody loves sending pictures, whether it’s to friends and family or that new someone you just met in the checkout line at Trader Joe’s. But photo files can contain more than we want to let on, including identifiable information like location data. With iOS 13, you can now remove that data from your images before you send them around.

In the Photos app, tap the share icon at the bottom, then the Options selection at the top. From there you’ll see the option to share photos individually or via an iCloud link, along with the ability to remove location data.

If you’re sending photos to someone who’s a stickler about image quality — like me — you can also enable the ability to send a “full original capture,” which is an uncompressed image. That might take a little longer to send and use up more mobile data if you’re not on Wi-Fi, though.

Siri is now your texting teleprompter

For the person committed to multitasking, Messages with Siri might be the most useful feature in iOS 13, aside from the Control Center upgrades. By enabling the new feature, Siri will read incoming messages aloud to you as long as you’re using AirPods or Powerbeats Pro headphones, both of which use the Siri-friendly H1 wireless chip. Since Siri’s voice has gone through a marked improvement in iOS 13, Messages with Siri is the perfect complement to busybodies whose hands are occupied with dishes, exercise, screaming children or whatever else. 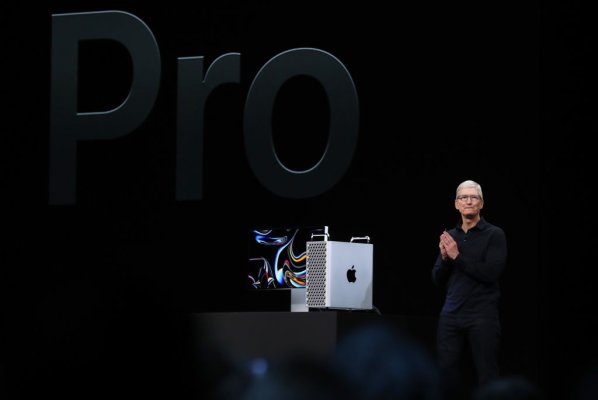 Apple’s Mac Pro Was its Last Big 'Made in America' Product. Now it's Moving to China
Next Up: Editor's Pick