Suspect Arrested, Charged With the Kidnapping and Murder of MacKenzie Lueck

This undated photo taken from the Facebook page #FindMackenzieLueck shows a Mackenzie Lueck, 23, a senior at the University of Utah. One person was taken into custody Friday, June 28, in connection with the disappearance of Lueck, who disappeared 11 days ago.
#FindMackenzieLueck via AP—AP
By Josiah Bates

Salt Lake City Police announced on Friday at a press conference that they have arrested a suspect in connection to the kidnapping and murder of 23-year-old MacKenzie Lueck, a University of Utah student who went missing 11 days ago. Police Chief Mike Brown said that the suspect, Ayoola A. Ajayi, 31, was arrested Friday morning. He has been charged with aggravated murder, kidnapping and the desecration of a body.

“This is one of the most difficult phone calls I’ve ever made,” Brown said at the press conference about notifying Lueck’s family. “We are devastated and heartbroken by this news.”

Here’s what you need to know about the case.

What do police say happened to Mackenzie Lueck?

According to Chief Brown, Lueck met Ajayi in a Salt Lake City park on June 17 — the last day she was seen alive. She had just gotten back from a funeral with her family in her home state of California.

She took a Lyft to the park around 3 a.m., directly from the airport. Police interviewed the Lyft driver who dropped her off at the park, who had said that she “did not appear to be in any kind of distress.” Police later said that the driver was not a person of interest.

While investigating both Ajayi’s and Lueck’s phone records, the police discovered that Ajayi’s phone was in the same park around the same time her phone was used last. They also spoke with neighbors of Ajayi, who claimed they had seen him burning something in his backyard on June 17 and 18. While searching Ajayi’s property on June 26, police found several burnt items in his backyard which were later identified as Lueck’s, as well as burnt human tissue. The police were able to match the human tissue to Lueck’s DNA profile.

In this June 24, 2019 file photo, a jogger runs pass a poster of Mackenzie Lueck at Liberty Park in Salt Lake City. One person was taken into custody Friday, June 28, in connection with the disappearance of Lueck, a Utah college student who disappeared 11 days ago.
Rick Bowmer—AP

What have the police said about the suspect?

Ajayi was taken into custody on Friday morning. When police had previously interviewed him, he told them he had text conversations with Leuck on June 16 but did not speak with her again after that. (He also denied meeting with her at anytime.) The police did not specify if Lueck knew Ajayi before this text conversation, or offer any details on the nature of their conversation.

Brown said that they will continue to investigate and determine if Ajayi acted alone in the alleged murder or if he had help.

Ajayi is currently being booked in the Salt Lake City Jail. It is unclear if he has legal representation. 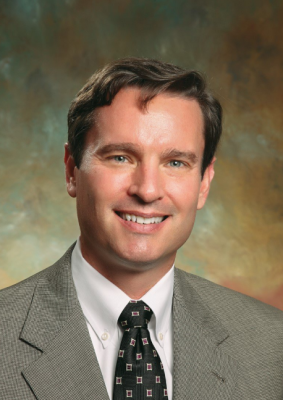 Virginia Cardiologist Shot and Killed in Belize Was Likely a 'Victim of Circumstance,' Police Say
Next Up: Editor's Pick