If you want to understand just how badly climate change was handled in the Democratic debates, start by looking at a good answer on another subject.

When former HUD Secretary Julián Castro was asked about immigration during the first night of this week’s debates, he went full force, giving an overview of federal immigration laws, challenging his rivals on why they don’t support changing section 1325 of the Immigration Nationality Act and referencing the heartbreaking photo of a father and his 23-month-old daughter who died trying to cross the Rio Grande.

“Oscar and Valeria went to a port of entry and then they were denied the ability to make an asylum claim, he said. “So, they got frustrated and they tried to cross the river and they died because of that.”

The answer had it all: a bold policy proposal, specific facts about the law, a good understanding of where your rivals stand, a reference to recent news, an emotional connection and finally a moral or ethical claim for your position.

When the subject turned to climate change, however, none of the candidates managed to pull that off — including Washington Gov. Jay Inslee and former Texas Rep. Beto O’Rourke, who have made it a centerpiece of their campaigns, and former Vice President Joe Biden and Massachusetts Sen. Elizabeth Warren, who have put forward aggressive proposals as well.

By and large, they didn’t even come close, with answers that were either evasive, meandering or dry. Climate change was a subject at the debate, but it was not a subject of debate.

Consider Castro. Asked a poorly worded question about climate change less than an hour after his strong answer on immigration, he offered a rambling response that included references to a campaign stop in Puerto Rico and his work moving toward renewables as the mayor of San Antonio. He ended saying that the U.S. should recommit to the Paris Agreement, perhaps the minimum standard for a Democratic candidate.

It was a minor victory that the subject came up at all. Moderators didn’t ask a single question on the issue during the 2016 general election debates. But since then climate change has risen in prominence, particularly in the minds of Democratic primary voters, and activists have worked to force the issue onto the debate stage.

An effort to get a debate entirely about the subject was shot down. When a group of environmental activists proposed a climate change debate, Inslee, Biden and others endorsed it. But the Democratic National Committee not only rejected the idea, but the group also promised to bar any candidate who participates in such an event from joining future DNC-sanctioned debates.

The challenge with climate change in the first two debates began with the moderators. On the first night, MSNBC anchor Rachel Maddow asked Inslee whether his climate plan would “save Miami,” an ambiguous question far removed from the central climate policy questions that a future president would need to address.

Meet the Press host Chuck Todd asked other puzzling questions. On the first night, he confused the meaning of climate mitigation — a phrase that refers to reducing emissions — with climate adaptation. At another point, he asked Ohio Rep. Tim Ryan how he would fund climate projects given that carbon-pricing measures — like a carbon tax — have faced defeats in legislatures and at the ballot box.

But that confuses the purpose of a carbon tax, which is designed to reduce carbon emissions by making it more expensive — just like a soda tax that’s meant to discourage people from guzzling Mountain Dew mindlessly.

The lack of understanding is not entirely surprising. Network television networks have spent little time on the issue in recent years and may lack the expertise to formulate the right questions. The major broadcast news networks spent only 142 minutes covering the issue all of last year, according to data from Media Matters, a progressive media monitoring group.

The response from the candidates is another matter. Candidates have by and large recognized that climate change is an urgent threat. Merits of the program aside, the majority of presidential candidates have endorsed a Green New Deal as an avenue for aggressive action on climate change. And, even during the first night’s debate, four cited climate change as the biggest geopolitical threat facing the U.S.

But, when it comes to a frank discussion of the issue, even those who say they recognize the issue’s urgency struggle to provide compelling answers.

Ryan hardly even attempted to answer Todd’s question about paying for measures to address global warming, instead choosing to pivot to talk about the working class. “We’ve got to build our way out of this and grow our way out of this,” he said.

Inslee, who has centered his entire presidential campaign on halting global warming, made a compelling case for the issue’s urgency. “If we do not have the next president who commits to this as the top priority,” he said, “it won’t get done.”

There’s an argument that candidates should focus their energy on conveying their commitment to the issue rather than bickering about one policy over another. After all, a wide range of policies will likely be necessary.

“You need to hear from the candidates that this is going to be a priority from day one,” Christy Goldfuss, who chaired President Obama’s Council on Environmental Quality and is now a senior vice president at the Center for American Progress, said earlier this year, adding that candidates need to acknowledge that they are willing “to use all aspects of the government.”

But while Inslee has fleshed out that point and offered compelling thoughts about how climate change intersects with a whole range of issues in interviews and other media appearances, the debate platform offered him little opportunity to make his case to voters: He spoke for just five minutes total, less than any other candidate on the stage.

The state of climate in the presidential debates concerns those who understand the science of the issue. A landmark United Nations report released last fall warned that the world is dangerously close to a catastrophic level of warming and the world could face irreversible consequences — from the loss of the world’s coral reefs to the impoverishment of hundreds of millions of people — without urgent action.

But, science aside, the low-level of discourse on climate change is also bad politically. Nearly seven in ten Americans say that global warming is happening, and 55% understand that humans are to blame, according to a survey released this week from Yale University and George Mason University. And polling conducted earlier this year for the Center for American Progress found that climate change ranks as the top issue alongside health care in early voting states.

Journalists and editors often point to ratings to explain why they devote so little attention to global warming: fewer people watch and read stories about climate change.

“People outside, I think, tend to think people will just pay attention if you show it to them,” MSNBC host Chris Hayes, one of the few television anchors who has devoted significant airtime to the issue, said at an event earlier this year. “And they won’t.”

Hayes is right, of course. It’s hard for a crisis that moves at a decade-long timespan to compete with President Donald Trump’s daily tweets. But given the urgency of the issue and the strong public interest now may be the time to invest in trying. America will never have a thoughtful conversation about climate change if networks and candidates can’t find a way to debate it. 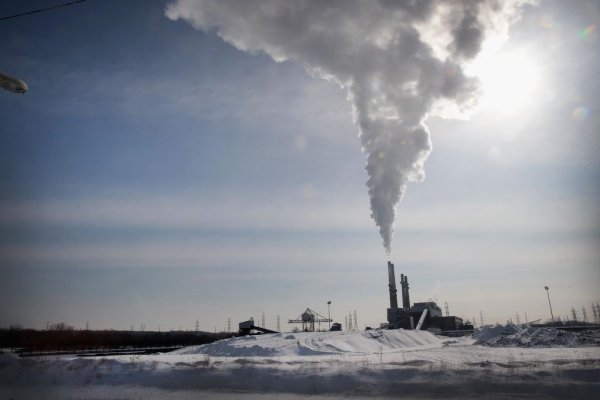 More and More Countries Agree on This Climate Change Goal. Will It Work?
Next Up: Editor's Pick