Women, On Average, Talked More Than Men During the First Democratic Debate. But Here's Who Talked Most

Female candidates, on average, got more speaking time during Wednesday’s first 2020 Democratic presidential debate than male candidates—but the top speaker was a man, according to post-debate analyses.

Wednesday’s debate included a history-making three women running for president in the 2020 election: Massachusetts Sen. Elizabeth Warren, Minnesota Sen. Amy Klobuchar and Hawaii Rep. Tulsi Gabbard. And on average, they got more speaking time than their seven male counterparts: 8.1 minutes versus 7.8, according to a Washington Post breakdown.

Still, New Jersey Sen. Cory Booker talked the most overall at 10.9 minutes, followed by former Texas Rep. Beto O’Rourke at 10.3 and Warren at 9.3. (Politico notes that Warren had been asked four questions before any other candidate had been asked three, though was not called upon as often in the debate’s second hour.) Washington Gov. Jay Inslee, meanwhile, got just five minutes. The other two female candidates were somewhere in the middle, according to the Post’s analysis. Klobuchar talked for 8.5 minutes, while Gabbard spoke for 6.6.

That order generally tracked with a separate word-count analysis done by FiveThirtyEight, and fairly closely with pre-debate polls. The three most talkative candidates were also the three politicians polling best before Wednesday’s debate, according to data from RealClearPolitics. Warren, however, entered the debate leading both Booker and O’Rourke by a wide margin. 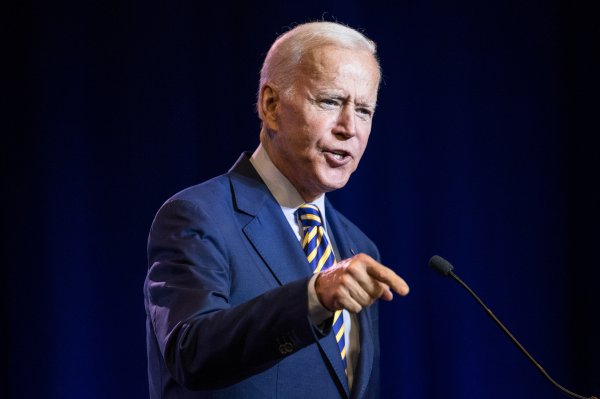 Biden Has Never Had a High-Pressure Debate Like This
Next Up: Editor's Pick