Clipped to the end of a giant red crane, the 25-ton panel–a marvel of stone and steel–begins its slow ascent. For the tourists gawking from the Barcelona street below, it’s an astonishing sight, this massive, chiseled slab dangling from a cord as it rises up the side of one of the world’s best known monuments. But it’s even more amazing for Jaume Oromí. As one of the heads of construction for the Sagrada Familia, Oromí has watched for months as, piece by piece, the towers that will one day remake the Barcelona skyline gradually rise into the heavens. “This is always the moment of maximum tension,” he says, gesturing to the panel as it sways 100 ft. above his head. “Intellectually, you know how it works, but there’s still something about getting that many tons in the air that seems miraculous.”

The same could be said for the Sagrada Familia as a whole. More than 130 years after the first stone was laid–and with the proper building permits finally in place–the end is in sight for the Barcelona basilica. Thanks to an influx of funding, some striking innovations and a lot of old-fashioned craftsmanship, the famously unfinished church is now on schedule to be completed in 2026, the 100th anniversary of the death of its architect, Antoni Gaudí. Today, more than two dozen architects are working on the project–most of them local Catalans–and 200 workers in total are involved in construction. But making the deadline will mean overcoming technical complications, theological doubts and several blocks’ worth of outraged residents. 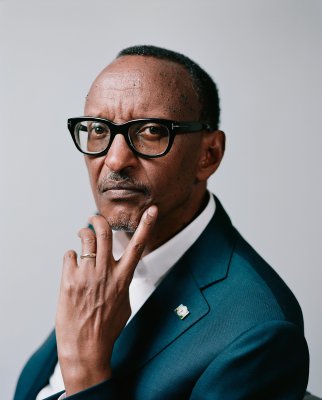 Is Rwanda's Paul Kagame a Strongman, a Technocrat, or Something in Between?
Next Up: Editor's Pick