Inside the Journey to Reinvent One of the World's Greatest Restaurants

For more than 13 years, Noma was a mecca for foodies. The Michelin-starred Copenhagen restaurant boasted glowing reviews and frequently topped best-of-year lists, making it nearly impossible to score a reservation. Specializing in food with a Nordic flair, it inspired eateries around the globe and made a star of chef René Redzepi.

Then, in 2015, Redzepi announced a move that stunned the culinary world: he revealed he was going to close Noma and travel the globe in search of fresh inspiration. Redzepi planned to reopen Noma (and did, in 2018 — it just placed second on the 2019 World’s 50 Best Restaurants list) but promised the new version would be different.

In his new book, Hungry, food journalist Jeff Gordinier follows Redzepi’s unconventional path to reinventing the best restaurant in the world. When he met Redzepi in 2014, Gordinier himself was in need of some reinvention, as his marriage was on the brink of collapse. The book traces his four years traveling with the chef, as the latter searched for new flavors in cities like Sydney, Tulum and Mérida.

Writing about food can be tricky, especially when its ingredients are unfamiliar to many readers. But in Hungry, Gordinier invokes such playful and lush prose that the scents of mole, chiles and even lingonberry juice waft off the page. Drinks like the pre-Columbian tejate are described in terms of their most accessible textures (in that case, a frothy meringue), and unexpected pairings are refined to their elemental flavors. He tells of a dish from his first meal at Noma, before it closed — sea urchin and hazelnuts — by conjuring the utterly unintimidating experience of eating butter on saltines.

As the journey progresses, Redzepi opens pop-ups across the map and runs into unexpected obstacles. The recipes aren’t right, the pressure’s too high. Key investors question their involvement. Gordinier’s accounts of these stumbles give the book a measure of tension. But the real drama of Hungry lies in a paradox its author probes about the art of cooking. Redzepi’s plates remind Gordinier of music — but a thoughtfully crafted dish can’t be replayed. Food exists in a liminal space. It is created to be eaten, and, in a way, to be destroyed. 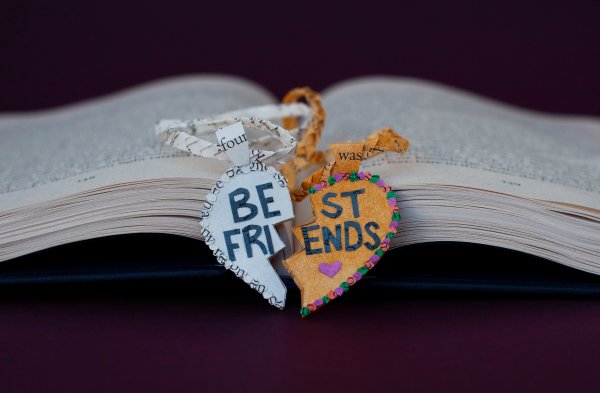 Female Friendships Are the Best, Until They Aren't
Next Up: Editor's Pick