'People Could Feel That I Was Sincere.' How Istanbul's Elections Turned Into a Heavy Defeat for President Erdogan

What might have been a contest over garbage collection and municipal budget management became a “fight for democracy” after “the people’s freedom was robbed,” Imamoglu told TIME in a pre-election interview Friday. In a speech shortly after the ruling Justice and Development Party (AKP) candidate Binali Yildirim conceded defeat Sunday evening, Imamoglu congratulated his supporters on a “victory for Turkish democracy in front of the whole world.”

Imamoglu, a soft-spoken 49-year-old, narrowly won Istanbul’s March 31 municipal elections, breaking the AKP’s quarter-century hold on the city by a margin of about 14,000 votes, or 0.16% of the total. But the new mayor’s tenure lasted just 18 days before Turkey’s Supreme Election Council annulled the result, citing irregularities at the ballot box in a decision critics claim was ordered by Erdogan. Indeed, European Union lawmaker Guy Verhofstadt called the cancellation a sign that “Erdogan’s Turkey is drifting towards a dictatorship.”

Turkey’s municipal contest was to be a relatively minor political event compared with the country’s 2018 general elections and the 2017 referendum that handed Erdogan sweeping powers. But shock AKP losses in Istanbul and Ankara were widely seen as an indictment against the President’s economic stewardship of Turkey, which entered recession in late 2018 after 17 years of nearly uninterrupted economic growth under the AKP.

Losing Istanbul again after having staked so much political capital on the re-run could be “the beginning of the end” for Erdogan, said Gonul Tol, Director of the Middle East Institute’s Center for Turkish Studies, days before the election.

Two days before Istanbul went to the polls, Imamoglu sat for interviews at a hotel in the city’s upscale Sisli neighborhood, breaking occasionally to pose for photographs with supporters who held up soccer shirts bearing his name. Grinning into the camera, Imamoglu’s fans quoted the slogan plastered across his campaign posters. The same slogan has blared from his tour bus in Istanbul traffic jams, and boomed from the terraces of at least one of the city’s gigantic soccer stadiums. “Her şey çok güzel olacak” it goes. “Everything is going to be fine.”

Spoken in the Anatolian cadence that recalls Imamoglu’s Black Sea childhood—a heritage he shares with millions of Istanbul residents who migrated to the city from rural Turkey since the 1960s—the stickiness of that reassuring platitude reflects a connection that has long eluded his secular Republican People’s Party (CHP), often seen as aloof from the struggles of religious and working class Turks. While the dialing back of the CHP’s traditional stances against religion and Kurdish nationalism predates Imamoglu, the comfort with which he talks about his religious upbringing, and his willingness to quote the Quran on the campaign trail, makes him the embodiment of that moderation, says the Middle East Institute’s Tol.

The mayor’s mild-mannered conviction was convincing enough that Islamist Felicity party announced it would field a candidate to prevent its supporters from voting for the religious-nationalist AKP, the nationalist Good Party joined him in a coalition, and the left wing pro-Kurdish Peoples’ Democratic Party (HDP) encouraged its supporters to vote for Imamoglu as a matter of strategy. Results on Monday showed an 84.4% turnout, with Imamoglu winning in traditionally religious neighborhoods such as Fateh as well as among the CHP’s secular bases. HDP co-chair Pervin Buldan said she had an operation a few days before the election but went to the ballot box with her stitches still in place. “The Kurds won, the HDP won” she wrote on Twitter.

Official counts showed Imamoglu winning by more percentage points than any Istanbul mayoral candidate since Turkey’s coup in 1980, beating Yildirim by around 800,000 votes. By Monday morning, some pro-AKP commentators had turned on the President. “Let’s admit this is a humiliation” said journalist Cem Kücük on pro-government news network TGRT. “He came with the mayoral elections, now he goes with them,” wrote another columnist, Abdurrahman Dilipak. Mustafa Yeneroglu, an AKP lawmaker, congratulated Imamoglu on Twitter, writing that his party had been defeated because “we have lost our moral superiority.”

That Erdogan and the AKP are conceding defeat is likely to reassure international observers, says Ryan Bohl, a Middle East and North Africa analyst at U.S.-based political risk consultancy Stratfor. “Investors and currency traders are looking to see whether or not Turkish democracy and rule of law still works,” he told TIME before the elections. “If the Istanbul race is something that the AKP is going to de-legitimize, what might they do with the central bank?”

In addition to frustration at Erdogan’s management of Turkey’s economy, experts say the new mayor’s popularity was bolstered by his refusal to be baited into a mud-slinging match with the AKP, instead embracing the party’s supporters in a strategy his campaign team dubbed “radical love.”

Ahead of the election, Turkey’s largely state-controlled press branded Imamoglu a terrorist and attempted to stir nationalist passions by claiming his candidacy was being supported by Greece, Turkey’s longtime enemy. They alleged he was secretly Greek because of his family’s roots in the coastal city of Trabzon, which had in ancient times been ruled by the Persians and Greeks. One government-controlled newspaper referred to the mayor’s March 31 victory as a “coup”— implicitly linking him to the failed coup of 2016, widely believed to have been orchestrated by the U.S.-based cleric Fethullah Gülen. CHP supporters also contended with structural impediments to voting: Istanbul’s Maritime Travel Company announced May 20 it would cancel water taxis into the city, citing a lack of interest in the route. Meanwhile, a popular travel company offered discounted flights to Greece on election day.

Turkey has arrested more journalists than any other country for three years running. In the lead up to the March 31 elections, mobs reportedly attacked at least two journalists critical of the President. But Soner Cagaptay, author of The New Sultan, says Imamoglu’s success is evidence Erdogan’s complete domination of the media is starting to backfire. “Not only are people abandoning traditional papers and networks, but also they are simply not buying into that messaging,” he says. Erdogan is the inventor of 21st century populism and nativism globally, Cagaptay argues in his book. Imamoglu’s “radical love” strategy — ignoring the populist leader but loving those who love him — “shows that there is a way to defeat the populists at the ballot box,” says Cagaptay.

— With reporting by Engin Bash in Istanbul 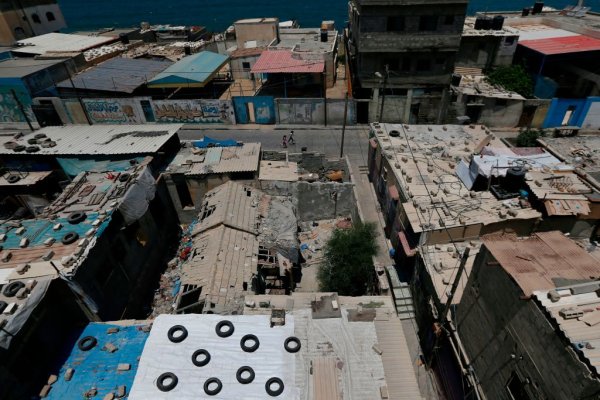