US President Donald Trump speaks to the media prior to departing on Marine One from the South Lawn of the White House in Washington, DC, June 22, 2019, as he travels to Camp David, Maryland.
Saul Loeb—AFP/Getty Images
By Tara Law

President Donald Trump said Saturday that he will stop deportation raids for two weeks to see if legislators can “work out a solution” for immigration at the country’s southern border.

Trump announced his decision in a Saturday afternoon tweet, writing that he had made the order “at the request of Democrats.”

“I have delayed the Illegal Immigration Removal Process (Deportation) for two weeks to see if the Democrats and Republicans can get together and work out a solution to the Asylum and Loophole problems at the Southern Border. If not, Deportations start!”

Crediting anonymous sources, the Washington Post reported Friday that Trump had ordered U.S. Immigration and Customs Enforcement to target up to 2,000 families in as many as 10 U.S. cities in immigration raids.

In a pair of tweets on Monday, Trump wrote that ICE would begin to remove “millions of illegal aliens” next week. He criticized congressional Democrats for failing to hold a vote to eliminate “loopholes” and taking steps to “fix” the American asylum policies.

Trump has made efforts to curb illegal immigration one of the major pillars of his presidency, but in recent months, the number of migrants crossing at the southern border has climbed to the highest levels in over a decade. In response, Trump has threatened to impose tariffs on Mexico to force them to crack down on migrants traveling to the U.S. and announced a plan to increase security at the border and introduce a merit-based immigration system.

Advocates have criticized efforts by the U.S. government to cut back basic services for migrants at the border, including education funding for children. Others have complained about “inhumane” conditions at border control facilities. The deaths of multiple young children in immigration detention has also caused U.S. practices to come under increased scrutiny.

In a separate tweet earlier Saturday morning, Trump also wrote that ICE will target deporting people who have already been ordered to leave the country.

“The people that [ICE] will apprehend have already been ordered to be deported. This means that they have run from the law and run from the courts. These are people that are supposed to go back to their home country. They broke the law by coming into the country, & now by staying,” Trump wrote. 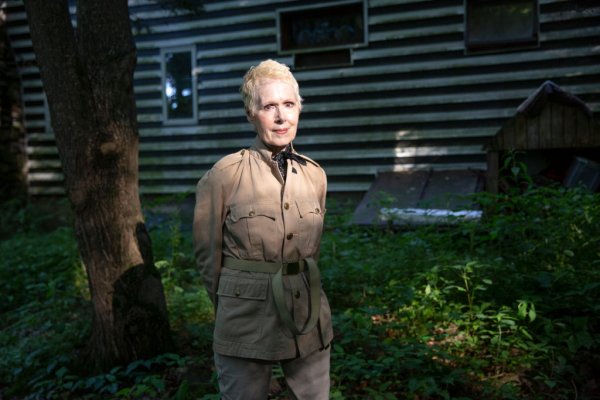 E. Jean Carroll: Would Not Press Rape Charges Against Trump
Next Up: Editor's Pick