Renowned advice columnist E. Jean Carroll has said that she would not press rape charges against President Donald Trump for an alleged assault in the 1990s.

In an excerpt released Friday from her forthcoming book, What Do We Need Men For? A Modest Proposal, Carroll writes that Trump sexually assaulted her in the dressing room of a Bergdorf Goodman department store in Manhattan in late 1995 or early 1996. Trump, who has been accused of sexual misconduct by at least 18 other women, has denied Carroll’s accusations and claims that he never met her.

MSNBC’s Lawrence O’Donnell interviewed Carroll on Friday and noted that New York does not have a statute of limitations for rape. But when asked if she would consider bringing rape charges against Trump, Carroll gave a flat “No.”

Carroll explained that she feels as if it would “just be disrespectful” for her to make sexual assault about herself when it happens to women around the world.

“I would find it disrespectful to the women who are down on the border who are being raped around the clock, down there without any protection,” said Carroll. “They’re young women… It would just be disrespectful if I – you know – and mine was three minutes. I’m a mature woman. I can handle it. I can keep going. My life has gone on. I’m a happy woman.”

Carroll admitted that she still struggles with a feeling of responsibility for the assault.

“I still can’t kick the feeling that it was my fault. I can’t. It’s hard to get rid of that,” said Carroll. 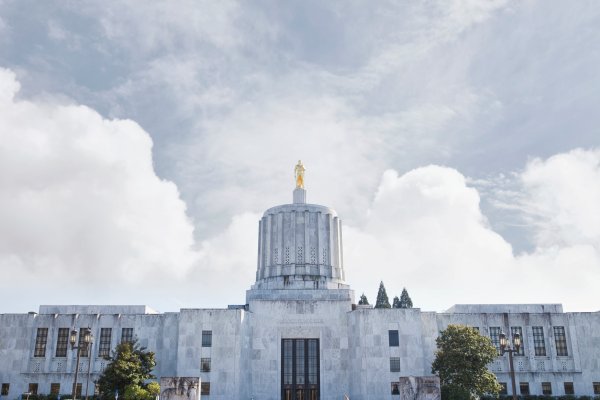 GOP State Senators in Hiding to Avoid Climate Vote
Next Up: Editor's Pick