Comcast on Wednesday sought to win over lawmakers reviewing its proposed $45-billion merger with Time Warner Cable, arguing to an audience without many vocal critics of the politically-connected cable giant that the corporate marriage would be good for consumers.

David Cohen, the company’s executive vice president, told a Senate panel that the merger would provide customers with faster broadband, greater network reliability and security, better in-home Wi-Fi, and greater Video On Demand choices. And he sought to reassure lawmakers worried that the merger—which would combine the top two cable providers and two of the top three broadband Internet providers—will not increase costs for consumers.

“I can make you and the members of this committee one absolute commitment, which is that there is nothing in this transaction that will cause anybody’s cable bills to go up,” Cohen said.

For an issue with such high stakes, the tone of the hearing was low key. Democratic senators were largely deferential to Cohen, a major Democratic donor and fundraiser for President Barack Obama’s campaigns who has also contributed to Republicans. Most Republicans seemed inclined to support the merger, which must be approved by the FCC and Justice Department, on free market grounds.

“Too often government intervention in such matters risks harming consumer welfare and innovation by protecting insufficient competitors from market forces,” Sen. Orrin Hatch (R-Utah) said. “Regulators must be especially careful not to intervene unwisely in such technologically dynamic markets.”

Still, several lawmakers expressed concerns and reacted skeptically to claims that prices won’t rise, noting that 27 of the top 30 markets would be controlled by the new Comcast-Time Warner Cable behemoth. Sen. Al Franken (D-Minn.) was the most vocal opponent on the Senate Judiciary Committee, which oversees antitrust issues and is reviewing the merger. Franken noted that Comcast argued for its 2010 acquisition of NBC Universal by pointing to Time Warner Cable as a fierce competitor.

The rate of cable-price increases was more than double the rate of inflation in the 15 years through 2012, according to Consumer Reports. Time Warner Cable was spun off from TIME parent company Time Warner in 2009.

The hearing got more lighthearted when Sen. Lindsey Graham (R-S.C.) said he’s a DirecTV subscriber and looking to switch.

“I’ve got problems with DirecTV when the weather’s bad,” said Graham of his dish service, “so I’m trying to revisit this.” A few minutes later, after a back-and-forth about how cable companies don’t compete with each other, Graham came back with a softball for Cohen: “So in my case, I wouldn’t be losing choice, the theory would be I could have a new choice with more services with the merger,” Graham said. “Is that correct?”

“I should let you take the witness stand,” Cohen replied. “Because that’s exactly what I’ve been trying to say.” 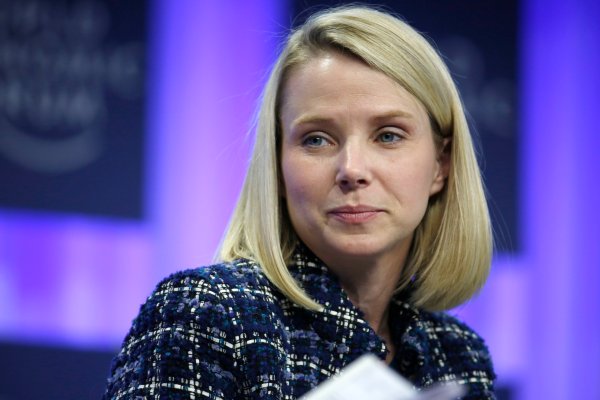 Yahoo Wants to Take On Netflix and Amazon
Next Up: Editor's Pick