I Produced the Documentary Before Stonewall. Here’s What It’s Been Like to Revisit It Three Decades Later

When police raided a Greenwich Village gay bar, the Stonewall Inn, on June 28, 1969 — 50 years ago this month — the harassment was routine for the time. But the fact that the patrons resisted was unexpected, as were the nights of protest that followed. This event sparked a sea change for LGBT communities. Within the year, a political movement emerged, with Gay Liberation Fronts forming in many cities, and Stonewall became seen as a symbolic turning point.

It wasn’t the first example of LGBT resistance — but most of us knew little of our own people’s history, as is often true for any group whose existence is not allowed to be part of mainstream discourse.

I was one of those people. I came of age just after this dramatic event, a child of the ’60s, with both myself and this new movement closely entwined with the currents of the women’s, civil rights, anti-war and countercultural youth movements of the time. We were newly awake in the present moment, and it felt as if that were all that mattered.

And yet, both because this change in consciousness was such a dramatic break with the past, and the fact that any preservation of the stories of LGBT life “before Stonewall” was essentially non-existent in mainstream culture and institutions, I had little sense of any past. The history of those women and men who had come before us — who had loved each other, made love to each other, sought community with each other and struggled for their own rights — was right there in front of us, and yet remained hidden in many ways. I personally was lucky enough to slowly discover some of that history through the blessing of a public library, which to my shock included both early Gay Liberation writings (like Dennis Altman’s pioneering 1971 work Homosexual: Oppression and Liberation) and critical classics from another time, such as the 1928 lesbian novel The Well of Loneliness by Radclyffe Hall and prescient 1960s novels from Christopher Isherwood like A Single Man.

Still, this history seemed very far away from the exciting upheavals going on around me, and I suspect that was true for most young LGBT people of the time. It wasn’t until after college, when I read in the alternative press about the surprising history of gay political organizing in the past, that a light bulb went off inside my head: a community had existed in the past, with active resistance, a deep culture and human beings who had stories to tell.

As a young filmmaker, all I could think about was what an amazing documentary subject this could be. The author of the articles that sparked my interest, John D’Emilio, was a Ph.D. candidate at Columbia University, writing one of the first dissertations on gay history —way before what we call today Queer Studies — and he graciously shared his research and his contacts with me. My eyes were opened to a world of community-based archivists preserving and unearthing LGBT history: Joan Nestle and the Lesbian Herstory Archive; Jonathan Ned Katz; who published the first truly major work of its kind, Gay American History; New York’s International Gay History Archive; and Jim Kepner and his International Gay & Lesbian Archives, which to my shock began in the 1940s in Los Angeles; among others.

While these historians and collections are widely known today in academia, at the time they were obscure. With my filmmaking partners Greta Schiller and John Scagliotti, whom I had the good fortune of joining up with in the early 1980s, we researched and raised money and eventually did the filming for the feature-length documentary that became Before Stonewall: The Making of a Gay & Lesbian Community.

Suddenly, with the help of the oral histories of women and men who ranged from their 90s down to their 50s at that time — the majority of whom have passed on now — this hidden history was there for a mass audience to see. After Before Stonewall played in theaters and was broadcast on PBS — and even got a shout-out on a Seinfeld episode —many people, straight and gay, told me that seeing the film was key to their understanding gender and sexuality as they came of age themselves.

When I think back to that time, some personal things stand out, of course, for me: The wonderful Ted Rolfs speaking of joining the merchant marines just before WWII, and finding a surreptitious freedom to be himself with other men; I later discovered that my chiropractor, a woman, served on the same ship as he did, and was able to connect them. Or the tough but tender Native American lesbian Smilie Hillaire, sharing an afternoon with us at one of Seattle’s older gay bars, telling her stories in her own laconic and no-nonsense way, then giving me a ride around the neighborhood on the back of her big motorcycle. And certainly the reunion we organized of the denizens of the Black Cat, one of San Francisco’s most notable 1950s gay bars, where the warmth and love of everyone was so palpable, led by the still feisty famous drag queen José Sarria, who dared to run for City Supervisor in 1961.

But the more important takeaway went beyond the personal. The film was a reminder that LGBT people found ways, even in the dangerous and almost universally anti-gay earlier decades of the 20th century, to build lives with love and friendship that endured — and to lay the groundwork, consciously or not, for the changes we see today.

More than three decades after we made Before Stonewall, that reminder is still crucial. It’s still eye-opening to discover that our LGBT identities, communities and political struggles — well developed today and with many major victories — have deep roots in the past. And understanding this past still illuminates the struggles we face for true inclusion and equality.

Robert Rosenberg, producer and co-director of Before Stonewall, is a filmmaker, and film and arts programmer. Before Stonewall, newly digitally remastered, is being released in theaters this June, in Los Angeles, New York City, Washington, D.C. and many more cities. Find out more about the film and see a complete list of theaters and play dates here. 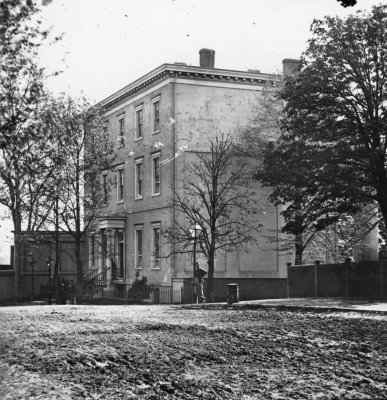 She Was Born Into Slavery, Was a Spy and Is Celebrated as a Hero—But We're Missing the Point of the 'Mary Bowser' Story
Next Up: Editor's Pick