When you strip away the tutus, dainty shoes, and pas de deux, the world of ballet can be brutal. (Black Swan, anybody?) An unforgiving combination of art and athleticism, it chews up and spits out anyone who’s not young enough, talented enough, or driven enough to compensate for either.

That’s what happens to the unremarkable Joan in Astonish Me, the second novel from Maggie Shipstead, a writer who made her promising debut with the WASP wedding romp Seating Arrangements. In the 1970s, Joan has a brief but steamy affair with a Baryshnikov-esque Russian dancer, Arslan Rusakov, whose getaway car she drives during his defection from the Soviet Union. He then becomes an international celebrity and, thanks to his jaw-dropping talent, the darling of the dance world. Joan, meanwhile, is destined for a mediocre career in his shadow, so she makes a getaway of her own. She flees to California, marries the childhood friend who pined for her, and settles into motherhood far away from the glitter and cocaine of Studio 54-era New York City. But when her son Harry grows up to be a dance prodigy himself, Joan is suddenly sucked back into the world she had put behind her.

Astonish Me, out this week, sets itself up to be about the choice between dangerous, unstable passion and easy, reliable contentment, but the story is never quite that simple. That’s partly because Shipstead isn’t interested in the straightforward answers. In Seating Arrangements, she expertly explored the emotional grey areas of a New England family weathering intergenerational turmoil and infidelity, and in Astonish Me, she once again succeeds at capturing the messy, intimate drama of domesticity: furtive glances exchanged over dinner tables, after-hours pillow talk, the different breeds of jealousy that lurk among friends, lovers, rivals and spouses.

But it’s also because Arslan Rusakov is a mystery for much the novel, which begins just after the affair implodes and quickly fast-forwards. The book covers around 30 years in fewer than 300 pages, and its frequent back-and-forth jumps in time can feel a little misleading. Many of Joan’s life choices revolve around a man whose magnetic appeal is never quite explained — readers must simply accept that his dancing is extraordinary, even if his personality (and grasp of the English language) is not. Elsewhere, seemingly minor characters go on to play crucial roles in major plot developments, while others almost get lost in the shuffle, dipping behind the curtain between chapters and never returning for a solo.

All that would be more frustrating were Astonish Me a tale of an epic romance gone wrong. But by studying how Joan, Arslan, and other satellite characters orbit around one another, the book instead examines the lengths people go to (or don’t) to be perfect. What might seem like one of the novel’s few letdowns is in some ways another one of its strengths: the quest for perfection is far more thrilling than actually achieving it. 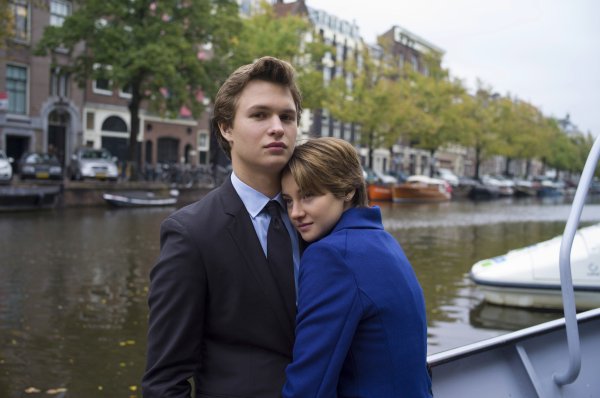 8 Young Adult Books That Should Be Movies (And Who Should Star in Them)
Next Up: Editor's Pick