From Lil Nas' "Panini" to Shawn Mendes and Camila Cabello's "Señorita," These Are 5 Songs You Need to Listen to This Weekend

It’s high summer, and with the season come steamy summer jams like the new “Señorita” from Camila Cabello and Shawn Mendes, the two pop favorites’ second pairing. Plus, rapper Lil Nas X follows up “Old Town Road” with a solid EP, including the catchy “Panini.” Ingrid Michaelson throws her hat into the empowerment pop ring with “Pretty.” Rock band Spoon are back with a new single, “No Bullets Spent.” And notable French musical duo Cassius release the hypnotic album Dreems, just days after the death of one of the pair.

At long last, rapper Lil Nas X has his follow-up to the smash hit and Billboard chart ruler “Old Town Road (Remix)” with Billy Ray Cyrus. “Panini” is a slick, under-two-minute track with a trap beat and some unexpected synth layers and a whistled melody, which nods to the Nirvana song “In Bloom;” tip of the hat to production duo Take A Daytrip for their creative background flourishes. Above that, Lil Nas X raps and sings with comfortable ease, his gravelly delivery familiar thanks to the ubiquity of “Old Town Road.” The song is low-key but catchy, bringing into focus Lil Nas X’s comfort zone as a rapper. It may not make the same waves as “Old Town Road,” but it seems like a firm step in a forward direction for the young star, who is busy establishing himself as something more than a one-hit wonder: “Panini” was the first release off of his debut EP Seven, and he’s already hyping the debut album to come.

Take two of pop’s most beloved young stars, pair them over an acoustic salsa-style beat, play up their chemistry — and get yourself an instant, sticky summer hit. “Señorita” feels inevitable; Shawn Mendes and Camila Cabello are known to be good friends, previously collaborating on 2015’s “I Know What You Did Last Summer.” But while that was a monster pop-rock anthem, “Señorita” is a more intimate, steamy duet. It follows both artist’s solo album successes, and lets them lean into their moodiest and most lyrical tendencies. Mendes goes all-in on a summer love vibe. Prepare to hear this one on plenty of hot nights to come.

“Vedra,” the brooding and mystical track from the notable French production duo Cassius’s new album Dreems, showcase their dreamy deep house style. Sadly, the release follows the news of Grammy-winning producer Philippe Zdar’s passing this week. Not only was Zdar one-half of Cassius, but he was also an independent talent who collaborated on important projects with artists like Phoenix, Cat Power, the Beastie Boys and Hot Chip. Cassius, which came together over a 20 years ago, pioneered a French house sound that remains influential in electronic music today. “Vedra” is a hypnotizing example of the form, leaning on plinking synths and sticky echoes. At just two and a half minutes, it ends unexpectedly, and too soon.

Singer-songwriter Ingrid Michaelson might be best known for her sweet ballads like 2008’s “You and I,” but she has a new side to share on “Pretty.” This is empowering pop at its smartest, made with purpose. The song is part of an upcoming album called Stranger Songs, all inspired by the hit Netflix show Stranger Things; “Pretty,” Michaelson shared in advance of the song’s release, is a response to one young character’s experience of being reduced to her appearance. It’s a premise she rejects: “I’m not just pretty, no, I’m pretty damn good.” Over delicate violin plucks and snaps, Michaelson makes the case for boldness. To back it up, Michaelson will be donating some song proceeds to the non-partisan non-profit She Should Run, which supports women running for political office.

Austin rock band Spoon have been around for a minute, so maybe it’s not too much of a surprise that they’re putting out a greatest hits album this July. The good surprise is the new single included in the compilation, “No Bullets Spent.” Spoon songs have a signature nostalgic quality, like they’ve already spent years soundtracking road trips and summer nights. With its choppy, tightly-wound percussion and the distinctive pull of Britt Daniel’s voice, “No Bullets Spent” fits right in to the sonic universe they’ve crafted over decades. But it also suggests something new: there’s a little more rock ‘n’ roll than we’ve heard from them in a while, a little more electric guitar, a little more frustration funneled into the catchy tune. 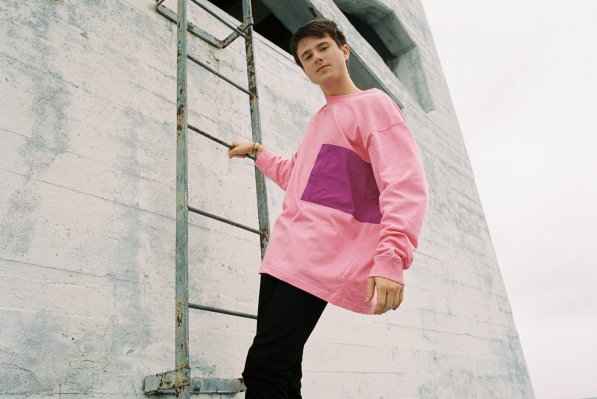 Alec Benjamin Is a Pop Storyteller for the Next Generation
Next Up: Editor's Pick