The first Dominican-American to serve in Congress says there’s no reason to fear visiting the Dominican Republic, but he’s planning to visit the Caribbean nation next month to get answers following the deaths of nine American tourists this year.

“First of all, I’m concerned about the deaths,” Rep. Adriano Espaillat, a Democrat from New York, tells TIME. “I will look into them and I’m sure the U.S. authorities, including the FBI and the Dominican authorities, are looking into the causes of them. I will fight for that to happen, for them to get to the bottom of it.”

Espaillat made the announcement on Wednesday, saying he plans to speak to tourism and government officials to learn the latest details on the headline-making deaths––many of which came after travelers reportedly fell suddenly ill.

A New Jersey man who died earlier this month in his Terra Linda Sosua hotel room raised the death toll to nine, and the news has spooked some travelers who fear it is an unsafe destination.

Espaillat says he wants to prioritize getting answers for the families of the victims during the visit.

He also notes that statistics have shown the country is a safer destination than many other vacation spots in the region. According to the State Department, there has been no evidence of foul play and no sign that the deaths are connected.

Last year, 13 U.S. citizens died while traveling to the Dominican Republic. The number was 17 in 2017. More than 2.7 million U.S. tourists visited the island in 2017, making the island the fourth most popular travel destination for Americans.

Even so, Espaillat says all that “doesn’t mean that I’m not concerned.”

“I’m concerned about any death and my condolences go out to the families,” he says. “I will do everything possible to ensure that the FBI looks at what happened, but you know I’m going as a tourist, and my message is not only am I going to celebrate July 4th but also to do as I’ve always done every year, and that is visiting the Dominican Republic.”

Following his work-related trip, the congressman says he will be taking a personal vacation to Punta Cana, the location where several U.S. tourists have died.

He says the bad publicity may drive some people away, but he knows of many others who are determined to return.

“I’m sure some people will not go back, but I’ve also seen reactions of people who are saying ‘Wow, I love the country, I’ve been going there for years with my family, they treat me so good, I’m going back,'” he says. “My heart goes out to the families who have lost their loved ones, and as a member of Congress, I will do everything I can [so] that authorities get to the bottom of what happened and that there is an answer for them. I think that the families deserve to hear that.” 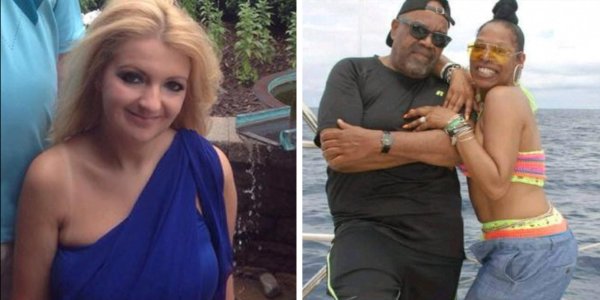 11 U.S. Tourists Have Died in the Dominican Republic in 2019. Should You Cancel Your Trip?
Next Up: Editor's Pick