If you want Dr. Francis Collins, director of the National Institutes of Health, to speak at your next event or conference, he has one important condition. Any panel in which he participates has to include a diverse range of speakers from different backgrounds and show a fair gender distribution. “If I don’t see that,” he says, “I will respectfully, or not so respectfully, decline. And not come.”

Collins laid out his requirements in an announcement, published on June 12, titled “Time to End the Manel Tradition.” It was the latest effort to address a glaring inequity in the scientific field: the tendency for speakers and panels to be composed entirely of men—“manels.”

While STEM efforts focus on ensuring girls and women receive equal consideration and opportunity to train and enter scientific fields, more established scientists and researchers, like Collins, are raising the alarm about male-dominated practices that need to be changed immediately.

“You can control who speaks at your meeting; it’s the easiest thing we can fix,” says Jonathan Eisen, director of the Microbiome Special Research Program at the University of California, Davis, who has been tweeting and blogging about gender equality at scientific conferences since 2012. That’s when he was considering attending a biology conference in Hawaii and noticed that of the 25 scheduled speakers, 24 were male. “I literally felt like throwing up,” he says. “I can’t say I was the most woke or aware person on this issue at the time, but it was sickeningly ridiculous.”

Eisen expressed his frustration to the meeting organizers and was rebuffed, so he wrote a blog post, and being a scientist, backed up his argument by calculating the possibility that such a gender gap in the speaker list could happen by chance (vanishingly small, it turns out). He even submitted his findings as an abstract to present at the conference (it was, after all, a quantitative biology gathering), and was not so politely turned down.

“I got threatened by some people associated with the meeting. Not physically but they threatened retribution, as in I would not be invited to attend again,” he says. “They said ‘we don’t have a problem.’”

But he also heard from both men and women who lauded him for calling out the blatant gender bias. Many told him that they were afraid of speaking out for fear of losing their academic positions or being ostracized by their colleagues. So Eisen volunteered to be their soap box, and for the past several years, has invited them to notify him about conferences that continue to sponsor manels, which he then blogs about and tweets to his more than 53,000 Twitter followers.

It’s worked: the publicity has led some speakers to decline invitations, and convinced some people planning to attend conferences to cancel their reservations. “Meeting organizers hate me because sometimes they lose a lot of speakers,” Eisen says.

Some of those organizers have argued to Eisen that most speaker lists are male-heavy because men typically have more established careers and experience in their respective fields. That argument “is narrow-minded and frankly offensive,” says Collins. “I would challenge anybody to say they cannot find diverse, high caliber experts on any topic if they are willing to go beyond the usual list.”

Seeding panels with predominantly men isn’t always intentional, so it’s hard to define it as outright sexism, but intent is needed to right the imbalance, says Eisen. There are simple ways to do this. The biology section of the National Science Foundation, for example, places strict requirements on what types of gatherings it will fund. Its policy, in place since 1992 and revised periodically since then, states “it would be only under the most extenuating circumstances that [the section] would support conferences, meetings, workshops or international congresses that do not have at least a representative sample of women and individuals from groups underrepresented in science on the program.” The policy defines “representation” as dependent on the context of the conference and the community involved and requires any proposal without proper representation to “provide an explanation for the underrepresentation.”

Collins hopes his position will encourage other in-demand experts to do the same, and make balanced panels a priority for more organizers. His own decision was prompted by a National Academy of Sciences report released last year that evaluated sexual harassment in the scientific community. “It also pointed out the real need for culture change because of all the subtle messages received every day by women that they don’t quite belong in the big boys’ neighborhood and that their value is not respected,” he says. “I was trying to think about what steps I could personally take, and it occurred to me that a lot of people seem to want the director of the NIH to come to their meeting, and here is a place where I could use my influence.”

Collins is also addressing gender inequity at senior positions at the NIH, and considering putting term limits on those roles, in order to allow more qualified scientists, many of them women, the opportunity to lead branches of the Institutes.

But there’s a fine line between correcting an imbalance and introducing an additional, different bias: Eisen says some prominent female scientists have criticized him for calling for more female speakers, because they’re concerned they will be invited not for their merit but because of their gender.

Meg Urry, director of the Yale Center for Astronomy and Astrophysics and former chair of the physics department at Yale University, notes that would be a concern if the current system is one of true meritocracy. But, she says, it’s not. “The data are very clear on this, that outsider groups [such as women and people of color] have extra obstacles to face to achieve the same level of success as [white men]. So what people see as giving them breaks doesn’t mean that they’re being given a break; it means the breaks they didn’t get are being rectified.”

It also means that to address the gender gap in particular, organizers need to be more aware of why qualified women may be turning down invitations, if they are invited. “I try to be extraordinarily careful about not making this about any quota,” he says. “But we need to develop policies where we try to get rid of implicit biases.” For example, women remain more likely than men to be responsible for child care, so female scientists are more likely to turn down invitations if they occur during the school week. A simple solution: schedule events with the school schedule in mind

Another suggestion that Eisen offers is to invite people at different career points. “In every session if you have one more established person, two mid-career and one junior person, and even a student, that rule alone creates a pretty good diversity for speakers,” he says. It’s a guideline he now follows when organizing his own meetings.

And there’s evidence that raising awareness about the mix of speakers works. Eisen says many organizers are appreciative of the alert to the gender imbalance, and eager to address it. “No doubt things have been changing,” he says. “But also without a doubt, it’s not enough.” 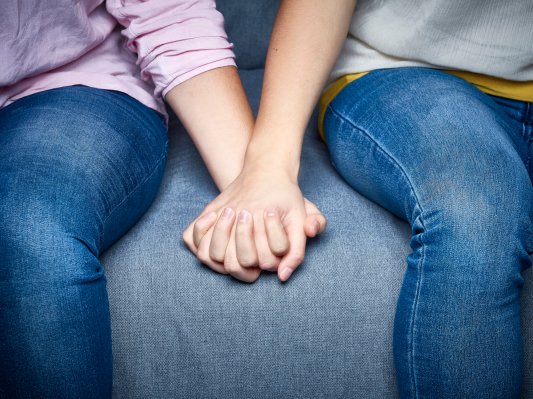 New Research Is Focusing on Treating Teens' Suicidal Thoughts With Support of Friends, Family
Next Up: Editor's Pick