Airbus vowed to contend for a mammoth narrow-body order that its chief rival Boeing announced in stunning fashion at the Paris Air Show.

The secret negotiations resulted in the surprise of the show: a letter of intent from IAG — currently an Airbus-only narrow-body customer — to purchase 200 of Boeing’s grounded 737 Max aircraft.

The shocker, announced midway through this week’s exhibition, helped Boeing turn around a gloomy mood in Paris and instill confidence in the 737 Max, which has been grounded since March after two fatal crashes.

Airbus Chief Executive Officer Guillaume Faury said he would be very happy to fight for the deal before it develops into a final contract.

The Boeing agreement was outlined as a letter of intent, meaning that negotiations over the details will need to be firmed in coming months.

In many ways, the U.S. planemaker couldn’t have found a better buyer than IAG to endorse the Max, whose future has been clouded as regulators demand fixes to make the plane safer. IAG is a savvy aircraft buyer and is led by a former 737 pilot, CEO Willie Walsh. 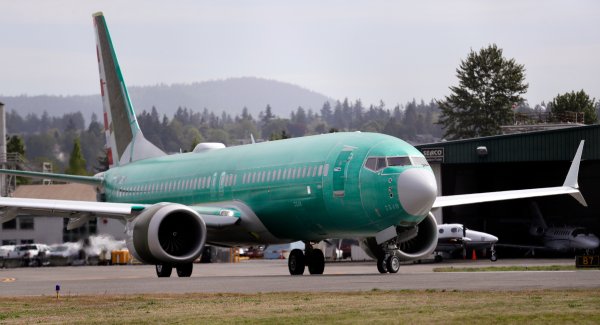 This Airline Just Ordered 200 of Boeing’s Troubled 737 Max Jets — Even Though They’re Still Grounded
Next Up: Editor's Pick