Harvard University has rescinded the acceptance for a Parkland shooting survivor and pro-gun advocate after racist messages he sent in high school resurfaced last month.

On Monday, Kyle Kashuv, 18, posted a lengthy Twitter thread explaining that, three months after being accepted into the Ivy League university’s class of 2023, Harvard decided to rescind his admission. The decision, he said, is due to posts and messages he shared with fellow students at Marjory Stoneman Douglas High School two years ago, before the Feb. 14, 2018 shooting that killed 17 people and propelled him and his classmates into the national spotlight.

Kashuv has gained prominence for his conservative politics, which include pro-gun views. He has made several appearances on Fox News to speak out against gun control restrictions that other Parkland shooting survivors campaigned for. He also met with President Donald Trump and First Lady Melania Trump to discuss school safety.

In May, fellow classmates posted screenshots of racist messages that Kashuv admitted he typed into a group Google Doc in December 2017. These included him repeatedly typing the N-word.

In an ensuing apology, Kashuv said he was 16 years old when he made the “egregious and callous” comments, in what he described as an attempt to be shocking. Kashuv continued that he was embarrassed by the comments he made, and said that they were “not indicative of who I am or who I’ve become in the years since.” Shortly before screenshots were posted online, Kashuv had also announced he would be stepping down from his role as director of high school outreach at conservative non-profit Turning Point USA.

Despite his letter apologizing for the comments, on June 3 the university sent a letter withdrawing his admission. Kashuv posted a copy of the letter, which read “Harvard reserves the right to withdraw an offer of admission under various conditions, including ‘if you engage or have engaged in behavior that brings into question your honesty, maturity or moral character.'”

Kashuv said that former “peers and political opponents” contacted Harvard urging the school to revoke his admission. He said Harvard reached out to him in May and asked him to explain his statements.

Harvard spokeswoman Rachael Dane tells TIME the school does not comment publicly on the admissions status of individual applicants, but says students are told about the conditions that can lead to the withdrawal of their admission to the university.

Kashuv said he believes the college’s decision indicated it thought he could not learn from past mistakes. He said that was hypocritical, and accused Harvard of having a “checkered past,” with a faculty that has included “slave owners, segregationists, bigots and antisemites” throughout its history.

He added that he had to give up “huge scholarships” to attend Harvard, and the deadline to accept other college offers has passed. He said he is “exploring all options at the moment.”

This is not the first time Harvard has turned down students after controversial behavior was revealed. In 2017, offers were rescinded to 10 applicants following their participation in a Facebook group that shared racist and sexist memes.

It is also not the first time a Parkland activist college admission process has made headlines. In 2018, David Hogg said that he was rejected by several colleges, leading Fox News anchor Laura Ingraham to mock him on Twitter.

After advertisers began pulling ads, Ingraham apologized for her comments and in December 2018 Hogg announced he would be attending Harvard. 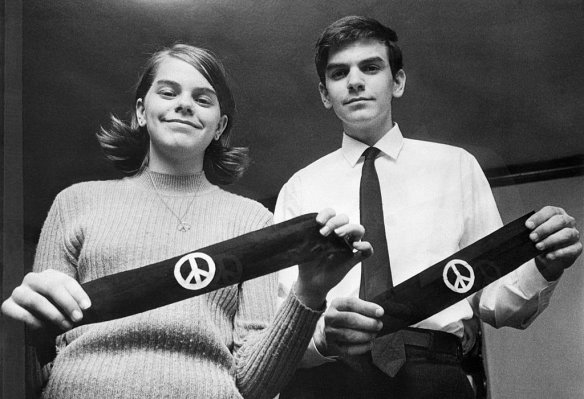 High School Students' Graduation Speeches Keep Getting Censored. But They're Seen by Millions Anyway
Next Up: Editor's Pick