A gunman has died after opening fire at the Earle Cabell Federal Courthouse in Downtown Dallas Monday morning, the FBI told reporters. The heavily armed, masked suspect was shot in an “exchange of gunfire” with federal officers, according to the Dallas Police Department. He was the only person wounded in the attack, and was later “transported to an area hospital,” the police department tweeted.

The FBI and local reports identified the suspect as Brian Isaack Clyde, 22. The FBI says he died at the scene. Only one other person sustained minor injuries.

“But for the actions of the Federal Protection Service officers, this likely would have been a very deadly incident,” said FBI Dallas Special Agent in Charge, Matthew Desarno, in a statement. “Fortunately because of their quick response, their reliance on their training and their courage, we have no serious injuries to speak of.”

Desarno and several other law enforcement officials spoke to reporters several hours after the shooting.

“Law enforcement responded immediately and I want to assure the community, especially our downtown community, that the community is safe,” said Erin Nealy Cox, U.S. Attorney for the U.S. District Court for the Northern District of Texas, at the press briefing Monday morning.

A Dallas Morning News photographer, Tom Fox, was at the location when the shooting took place, taking several photos before being questioned by the FBI, according to the News.

A bomb squad also examined the suspected shooter’s vehicle. The Associated Press and several local news outlets report they later detonated a device in the vehicle in a controlled explosion. Dallas police have handed the case over to federal officials.

“As soon as I saw the shooter I got the hell away from the window,” witness Ed Modla told the Dallas Morning News.

Posts from what appears to be Clyde’s Facebook account show examples of his interest in weapons and conspiracy theories. On June 15, he said that he would be unable to attend an anime convention because he was completing his magazine collection. Other posts include memes in support of Infowars host and conspiracy theorist Alex Jones and images of Nazi symbols over green flags.

The shooting took place on the same day that Dallas’ new mayor, Eric Johnson, was sworn into office along with several new city council members.

The FBI is requesting witnesses with footage or photos submit them through an FBI portal. Officials also announced that all hearing and public services will be suspended through Tuesday. 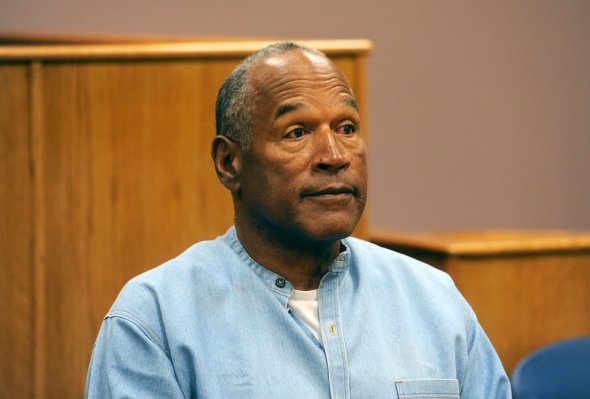 O.J. Simpson Has Joined Twitter
Next Up: Editor's Pick