A Year After Approval, Migraine Drugs Are Changing Lives. But Insurance Battles Are Creating a Whole New Headache

About a year after Aimovig hit the market, patients and doctors are reporting dramatic successes thanks to these therapies. But as insurance horror stories accumulate, and manufacturer-sponsored financial assistance programs approach their end, patients are concerned about losing access to the drugs that are giving their lives back.

Aimovig made a “night and day difference” for Amy Hart, a 42-year-old who lives in Texas and has suffered migraines for seven years. After years of getting throbbing, nausea-inducing headaches up to 20 times per month, Hart says the drug cut that number down to just two or three—until, that is, her insurance provider told her that after six months on Aimovig, she would have to prove that Emgality and Ajovy didn’t work for her before it would cover her original treatment. (Aimovig isn’t on her insurer’s preferred drug list, but Emgality and Ajovy are.)

About three weeks into her first month on Ajovy, Hart says she’s had 18 migraines. “It’s absolutely devastating,” she says. “It’s like giving a child candy and then taking it away.”

Despite their varying effects for patients like Hart, Aimovig, Emgality and Ajovy are all injections that work in roughly the same way: by inhibiting the activity of calcitonin gene-related peptide (CGRP), a protein thought to be a trigger for migraine attacks. In clinical trials, each drug has been shown to reduce chronic sufferers’ monthly migraine days better than a placebo, usually modestly but in some cases by 50% or more, with minimal side effects.

Dr. Lauren Natbony, a neurologist and headache specialist at the Ichan School of Medicine at Mount Sinai, says the drugs don’t work for everybody, and she hasn’t seen any patients’ headaches disappear completely, but many people are thriving on CGRP inhibitors.

But each drug has a list price of $575 per month, putting them out of reach for many uninsured patients, as well as those whose insurance does not yet cover the new drugs. Representatives for Eli Lilly and Teva said both Emgality and Ajovy are available to 80% of patients with commercial insurance, while Amgen and Novartis report 75% approval rates for new Aimovig patients on both commercial and Medicare Part B plans.

To help those without insurance, or with inadequate coverage, each drug maker rolled out financial-assistance programs meant to help patients get free or highly subsidized supplies. Kevin Lenaburg, executive director of the Coalition for Headache and Migraine Patients, says these programs have gone a long way toward providing access, but the future is uncertain. Amgen/Novartis’ assistance program covers 12 doses, Eli Lilly’s lasts 12 months and Teva’s runs through December of this year. When they run out, many more patients may have to enter into insurance battles, Lenaburg says. “We’re at the era where [providers] say they’re covering these medicines, but now we’re going to start seeing at the individual patient level just how much that is true or not,” Lenaburg says.

Already, it’s easy to find migraine patients struggling to navigate the complicated web of permissions and designations required to gain coverage. Some patients, like Hart, hit roadblocks because their insurance provider only covers certain drugs within the class, while others struggle to overcome prior authorizations: requirements that force doctors to get permission from their patient’s insurance provider before it will cover a drug.

Navigating prior authorizations, whether they come from private or public insurers, can be labyrinthine. Sometimes, providers require proof that patients didn’t respond to other, less-expensive therapies before they cover a pricey drug. Other times, they require that prescriptions come from costly, and often difficult-to-find, specialists. Some refuse to cover CGRP drugs if they’re used in conjunction with Botox—a common migraine treatment—since they have not been studied together, even though clinicians and patients are finding success with the combination. People without insurance face an even more difficult path, since they’ll bear the brunt of list prices when assistance programs run out.

Natbony can attest to these insurance headaches. At first, she says, she couldn’t get CGRP drugs approved for patients with Medicare, though recently she’s been having some breakthroughs. She’s also had to make tough choices for patients using both migraine drugs and Botox, making educated guesses about which one a patient needs if they can’t get coverage for both. And with assistance programs coming to their end, Natbony says she’s worried about the future.

“We’re going to come to the end of the free trials, and then what’s going to happen? Are the medications going to become exorbitantly expensive? Are they not going to be covered with Botox, and we’re going to have to choose?” Natbony says. “I’m afraid for the patients. It’s a shame that we find something that works and then insurance tells us we can’t do it.”

Still, Natbony says she’s optimistic about the migraine treatment landscape, thanks both to the early success of CGRP inhibitors and to other therapies headed for FDA approval, including oral CGRP drugs that could be used for acute migraine pain and a growing class of non-pharmaceutical devices that work via pathways like nerve stimulation. Just this month, the FDA approved a smartphone-controlled wearable device, the Nerivio Migra, that aims to reduce acute migraine pain by delivering electric pulses that create a controlled pain response. It’s set to be available by prescription later this year, according to a company representative.

But for patients like Hart, it’s hard to stay positive as they fight battles at the pharmacy counter.

“I just hope that something changes, and I don’t know how to make that change as one person,” Hart says. “But it’s just awful. It’s absolutely ridiculous, and so it needs to change.” 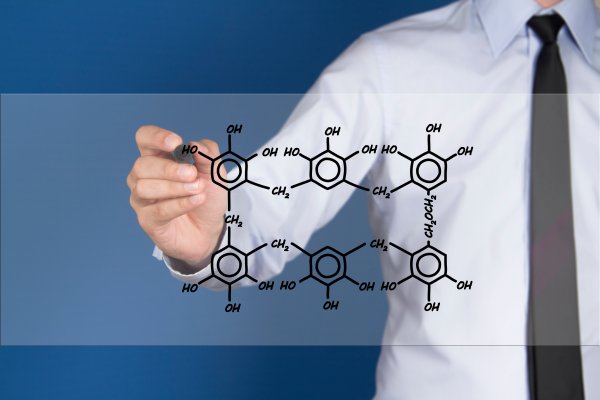 NIH Director Francis Collins Has a Plan to Help Eliminate "Manels"
Next Up: Editor's Pick