Here's Why Stonehenge Is Connected to the Summer Solstice

On summer solstice 2019 at dawn, thousands from all corners of the world will descend on Stonehenge, the rock-forged monument in Wiltshire, England. They’re all there for the same reason: to turn northeast and catch the summer solstice sunrise glide perfectly above the stones.

The view of the solstice sunrise from Stonehenge is so perfect, in fact, that visitors and scientists have wondered for centuries: Did the people who built Stonehenge intentionally make it a stage for the solstice? Worlds away from the ability to document the experience on Instagram, the only information we have is the archaeology.

It’s just one of dozens of theories about the structure from who built the monument and why Stonehenge was constructed, from alien invasions to the legend of King Arthur.

Here’s what we know about Stonehenge and its connection to the summer solstice.

Who built Stonehenge — and when?

Beginning in 3000 BC, the basis of the monument was a spiritual burial site for a civilization which lived two miles away, according to Timothy Darvill, the director of the Centre for Archaeology and Anthropology at Bournemouth University. These Neolithic people lived within the Durrington Walls, a nearby settlement.

But it wasn’t until around 2600 BC that another group began the actual process of building what we see at Stonehenge — rocks and all. “We’re fairly sure that those are the people that actually built Stonehenge,” Heather Sebire, the English heritage senior curator at Stonehenge, tells TIME.

This group that was focused on astronomical events assembled the rocks in such a way that at the summer solstice, the sun rises above the Heel stone, a singular block, and shines onto the center of the circle. At the winter solstice around December 21, you can experience a similar view at sunset.

Was Stonehenge intentionally built to showcase the summer solstice?

Revelers watch the sunrise as they celebrate the summer solstice at Stonehenge in Wiltshire, England on June 21, 2018.
GEOFF CADDICK—AFP/Getty Images

Experts are almost certain that the builders strategically placed the rocks to showcase the solstices twice a year. But with no writing from the era, there’s a lot left to the imagination.

“We know that the stone’s circles do respect the line of the midsummer sunrise and the midwinter sunset. But I don’t think that was the only reason that it was built,” Sebire says.

Though the summer solstice may be a big tourist attraction for the monument, it may not be the only show in town. At the winter solstice, the rocks are also hinged for ideal viewing — the sun falls behind the Trilothon, two vertical stones with a horizontal one laying atop. It’s the Trilothon’s direction towards the sun at the midwinter sunset that is actually best aligned, Sebire explains.

Every Single Confederate Statue Must Be Removed Forever

Scientists agree that the monument is more directly facing the view during the winter sunset than at the summer’s sunrise.

Arthur Pendragon speaks with the crowd as Druids, Pagans and revelers gather in the center of Stonehenge, hoping to see the sun rise, as they take part in a winter solstice ceremony at Stonehenge on December 22, 2018 in Wiltshire, England.
Matt Cardy—Getty Images

If the stones been assembled to align with the winter solstice, Darvill says, it would be an “inevitable consequence” that they also function in the same way for the summer solstice.

But it’s more than just the solstices that align with the monument. “That structure embeds within it some sort of calendrical reference,” Darvill says, because the number and patterns of the stones also indicate a 365.25-day calendar.

Did the Druids build Stonehenge?

Revellers watch the sunrise as they celebrate the Pagan festival of summer solstice at Stonehenge in Wiltshire, England on June 21, 2018.
GEOFF CADDICK—AFP/Getty Images

“Whether those folks ever did anything at Stonehenge, I’m afraid we just don’t know,” Darvill says. Here’s what we do know.

In the 1700s, William Stukeley popularized the theory that it was a temple for and built by the Druids, practitioners of a Celtic spiritual tradition considered to be similar to modern Pagans. According to Stukeley’s book, Stonehenge, a temple restor’d to the British druids, published in 1740, the monument was built as a guide to the solstices. As the New Yorker points out, this idea was difficult to dispel for years.

Stukeley may have been partially right about one thing — the solstices — but he was wrong about the other. Though he theorized that it was the Druids who built the monument, Darvill says there’s no evidence that the original Druids, named in the Roman era by Caesar in the 1st century BC, were alive at the time it was built.

It wasn’t until the 16th century that the key text of Druidry was transcribed and made available, according to the website of the Order of Bards, Ovates and Druids, a modern authority on Druidry in the U.K. Darvill says it was in the 17th and 18th centuries that modern-day Pagans and Druids came to be. Stukeley had been writing about the later-prehistoric people who Caesar had called Druids — an entirely different group than has existed for the last few centuries.

It wasn’t until the 16th century that the key text of Druidry was transcribed and made available, according to the website of the Order of Bards, Ovates and Druids, a modern authority on Druidry in the U.K. Moreover, Darvill says, in the 17th and 18th centuries modern-day Pagans and Druids began to practice a new version of the tradition, adding to the confusion. But Stukeley had been writing about the later-prehistoric people whom Caesar had called Druids — an entirely different group than has existed for the last few centuries.

Why do people visit Stonehenge for the summer solstice?

Though it’s not possible that the Druids built Stonehenge, the connection hasn’t been lost. “Modern-day Pagan and Druid groups believe it is their temple and it is their right to worship there, so [coming to Stonehenge is] the equivalent for them of coming to a church or cathedral,” Sebire says.

Still, Stukeley was the first to solidly theorize Stonehenge’s relationship to the solstices in writing. “It was probably known about before his time, but the literature is rather sparse until the mid-18th century,” according to Darvill.

The most important work on Stonehenge before Stukeley had been from John Aubrey, who discovered the monument in the 17th century — naming the ring of pits that were dug for the early burial sites the Aubrey holes.

Clearly, the mystique of Stonehenge lives on today. Sebire says that part of its its appeal to visitors is the fact that the 56 Aubrey holes, where people were buried in cremation ceremonies, are still there.

Knowing that the winter solstice was likely more important, it’s curious that thousands continue to gather at Stonehenge for the summer solstice, and that much fewer people visit in the wintertime. One explanation is simple: the weather. December in the U.K. is nothing short of frigid, and visitors in the summer often have picnics and enjoy concerts, according to Sebire. “In these days of global tourism, it’s on a lot of people’s lists to visit Stonehenge, and some people want to do that in the solstice,” Sebire says.

Whatever the true story of this monument is, anyone can enjoy the breathtaking sunrise at the solstice. “We can put ourselves as nearly as possible in the shoes of prehistoric people, which is a phenomenal experience,” Darvill says. 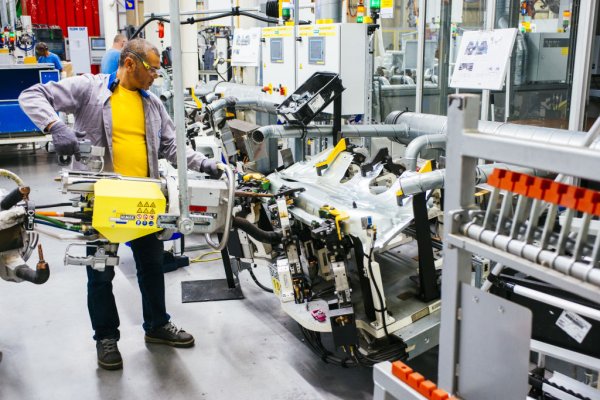