Prince may still have a few tricks up his sleeve even after a decades-long career. After appearing with Zooey Deschanel on Sunday night’s episode of New Girl, the Purple One surprised fans in London on Tuesday when he played a secret gig in Camden’s Electric Ballroom.

The venue, which was once a roller disco, holds around 1000 people, but people who were lucky enough to attend report that the club wasn’t even half-filled for the surprise show. The performance mostly consisted of songs from the forthcoming album Plectrum Electrum, with a few covers and classics thrown in for good measure. Prince hit the stage with his all-female band, 3RDEYEGIRL, and performed for an hour, before promising the crowd he would be “back here tomorrow, earlier – and funkier.”

The surprise performance is thought to be only the first in a series of guerilla gigs by the legendary pop star, who earlier in the day performed acoustic tracks at the east London home of soul singer Lianne La Havas. “We’ll work our way up, if people like us, to bigger venues,” he told the Guardian of his secret gigs. 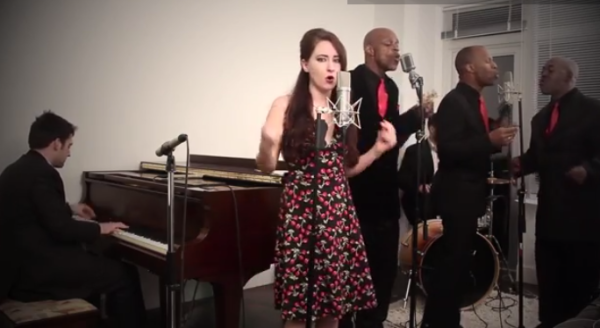 Just Accept That This Doo-Wop Version of Pitbull and Ke$ha's "Timber" Is Really Good
Next Up: Editor's Pick