This Remote Irish Island Is Hoping To Lure New Residents

Nothing much happens on the Island: the sea, depleted of all its wealth by overfishing, is nearly bare of fishes; only a handful of locals are still fishing, mainly seasonally and in small punt ; a lot of the bigger boats are rotting on the island; Arranmore people have always immigrated to Scotland or the North of England; a lot of them come back to build a new house or to repair the ancestral home; they are an incredibly friendly people; during the famine three hundred of them were evicted by the landlord and deported to Canada; they left on the 24th of April 1851 and arrived in Quebec on June 5th of the same year; none of them died in transit; in the summer of 1856, most of the settled in Beaver island on lake Michigan ; in March 2003, a hundred inhabitants of Beaver island came back to Arranmore for the first time for the twinning of the two islands - It was very emotional.
NUTAN—Gamma-Rapho/Getty Images
By Currie Engel

A small island, three miles off the coast of Ireland, has been making efforts to attract new residents, touting its newly established internet connectivity as a draw for remote workers.

Just a ferry-ride away from the village of Burtonport in northwest Ireland sits Arranmore Island—an island known for its history, fishing culture, beautiful landscapes, and now, its high-speed internet.

The island has been working with the Irish mobile operator company, Three Ireland, to become the first Irish island to have an offshore internet hub. Three’s efforts have brought high-speed wireless connection to the 469 people currently living there. But the island is ready for more. With a population that has spent years in decline, Arranmore seeks to revive its economic and social color.

Arranmore has been touting its new high-speed internet in an effort to attract new residents, whom locals suggest could work remotely with their new resource. They’ve even written letters to America and Australia, according to reports, in an effort to increase the number of people living on the island. A campaign has been launched directed at those who have emigrated from Ireland as a way of enticing them back home.

According to CNN, the letter detailed the benefits of island life, explaining, “there are less people here than would fit in a couple of Amtrak carriages but enough musicians and good Irish whiskey to keep the party going well into the night.”

The lack of wireless connection in Ireland’s rural areas has been an ongoing issue for the country. Despite government promises of a National Broadband Plan, which is attempting to bring high speed broadband to every citizen and workplace in the country, the government’s rollout has been slow, and Ireland’s many inhabited islands have yet to see results. So Arranmore decided to take matters into its own hands.

The Irish Independent reports that Three was able to set up a dish on the mainland which connects to a hub on the island, delivering faster download and upload speeds. This “hub” is a shared space that has been named MODAM, an acronym for an Irish phrase which means “Arranmore Digital Hub.” Spaces can be rented out for €20 a day.

The Independent also reported that Three has helped Arranmore fund the purchase of equipment for this new facility, which now has video conferencing, smart technology, and telecommunication abilities.

Instead of spending time and money establishing a broadband connection using undersea wires, this plan has proven more effective for Arranmore. Hopefully, Arranmore’s success will improve data connectivity on other islands like it.

In the past, Arranmore has lost many of its residents to urban areas, where poor internet connectivity is not a hindrance to their professional lives. The Irish Times reports that there are 25 businesses currently operating on the island. But thanks to Three’s technology and infrastructure, Arranmore is hoping this number will grow. 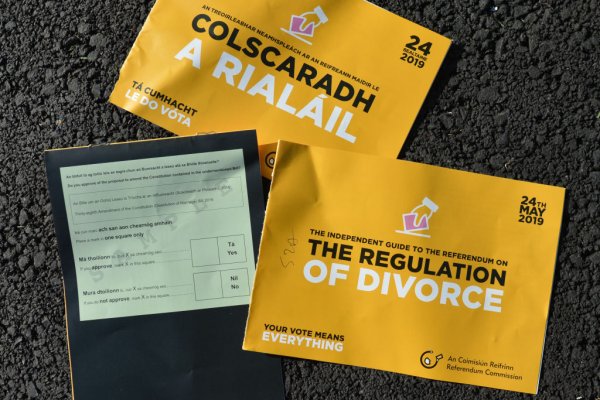