The Notre Dame Cathedral in Paris, which was devastated by a huge fire in April, is set to hold its first mass since the disaster.

Around 20 worshippers will attend the service on Saturday, which is being held in a side-chapel that was undamaged by the fire for “obvious security reasons,” according to the Parisian diocese. All attendees must wear hard hats.

Saturday is an important date for the 850-year-old Notre Dame: it’s the anniversary of the consecration of its altar, which before the fire was celebrated each year with a special mass inside the main hall.

The mass will be broadcast live, and led by the Archbishop of Paris.

The fire began on the afternoon of April 15, while the cathedral was undergoing renovations. It appeared to start within scaffolding that was covering the roof.

Nobody died in the blaze, and firefighters were able to control it before it caused major damage to the stonework. The roof, however, was destroyed.

In the aftermath of the fire, French billionaires and businesses pledged 850 million euros ($955m) to repair the roof. On Friday, French media reported that only 9% of that figure had so far been paid. 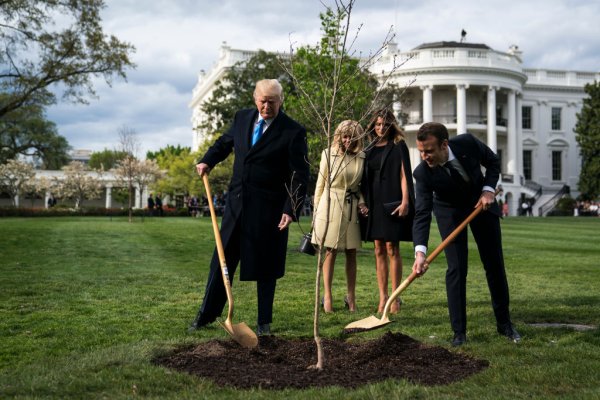