Climate Change May Be Spreading Flesh-Eating Bacteria to Unexpected Waters

Climate change is warming ocean waters around the globe, which affects what can thrive in various parts of the seas. Now, bacteria that can cause a flesh-eating infection are showing up in waters once too cold to harbor them.

A new report published in the Annals of Internal Medicine links five recent cases of Vibrio vulnificus to the Delaware Bay, bordered by New Jersey and Delaware. These bacteria live in brackish water—a mix of salty and fresh, often where a river meets a sea. Historically, in the U.S., V. vulnificus have mostly been found in the southeastern part of the country.

“We were all very surprised and puzzled that there were a significant number of cases of this infection that we hadn’t seen before,” says Dr. Katherine Doktor, co-author of the report and an infectious disease specialist at Cooper University Hospital in New Jersey. In the eight years before 2017, the hospital had only seen one case of the infection, but in 2017 and 2018, it saw five total.

People can contract a V. vulnificus infection by eating raw or undercooked seafood—especially shellfish, and particularly oysters—or if they have a cut that comes into contact with water where the bacteria live. V. vulnificus infections are rare, but are still the leading cause of shellfish-associated deaths in the U.S. The five cases detailed in the new report all involve men who had some contact with the Delaware Bay. Some had gone crabbing in the Bay, while others had eaten crabs likely caught there. One man handled seafood while working at a restaurant near the Bay.

“It usually starts off as a cut that progressively becomes swollen and red and painful,” says Doktor, who treated two of the patients in the report. As it worsens, the area around the infected cut will swell and develop large red blisters, she says. Necrotizing fasciitis, in which bacteria eat away at soft tissue and muscles, can set in. That condition can be deadly if not treated immediately.

Although anyone can become infected, people with compromised immune systems or liver disease are the most vulnerable. This was the case for all five of the patients, some of whom had untreated hepatitis B or hepatitis C. Four survived, thanks to antibiotics and surgeries to remove necrotic skin, and one died.

Doktor says that people don’t need to avoid all bodies of water in the summer in fear of the bacteria—but they should be aware of the risks and take extra precautions. “If people have risk factors and they do sustain cuts that are not getting better” Doktor says, “they should see a healthcare provider.”

The Centers for Disease Control and Prevention (CDC) estimates that 80,000 people become sick, and 100 people die, from a Vibrio species infection each year in the U.S. V. vulnificus is especially deadly, the CDC notes, killing about one in five people who contract it—usually just within a day or two of falling ill. 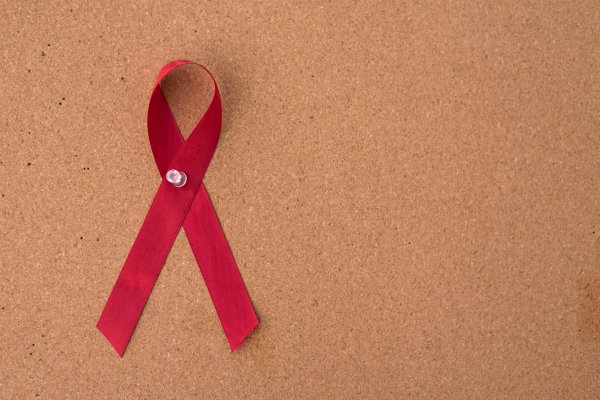 For the First Time, an Expert Panel Is Recommending a Drug to Prevent High-Risk Groups From Getting HIV
Next Up: Editor's Pick