The Risks of Trump’s Dollar-Driven Diplomacy

At the White House on June 11, President Trump holds what he said was a page of a new migration deal with Mexico.
Jim Watson—AFP/Getty Images
By John Walcott

Customs and border officials say 144,000 people crossed the U.S. southern border illegally in May, a 13-year high. President Donald Trump has responded with a threat that may have surprised those struggling to stem the flow. On May 30, he vowed to impose escalating tariffs on all Mexican imports, adding a 5% penalty every month on everything from avocados to autos, up to a maximum of 25%, unless Mexico halted the influx of undocumented immigrants.

Migration is not a trade problem, strictly speaking, and the episode revealed a larger truth about Trump’s foreign policy. When he is faced with a challenge on the world stage, Trump’s reflex is to reach for economic carrots and sticks as a way to advance U.S. interests. From North Korean nuclear weapons to Chinese intellectual-property theft to Central American migration, Trump has adopted dollar-driven diplomacy as his default move, targeting other countries’ auto, agricultural and defense sectors, among others.

That’s a big break from how past Presidents have handled international affairs. Traditionally, the U.S. has used a variety of diplomatic tools: engaging in lengthy, detailed talks with other countries’ diplomats to find areas of possible shared interest; using summits to entice compromise from foreign leaders; and organizing broad alliances with like-minded countries to pressure opponents. That meant more points of influence, experts say, and sent a message that America cared about more than the bottom line.

The results of Trump’s approach in the short term have been mixed. More worrying, foreign policy experts from both parties say, is that Trump may harm America’s long-term interests by making the U.S. seem fickle and focused only on economic value. His actions “have resulted in fears that the U.S. is no longer powerful, principled and predictable,” says Zack Cooper of the conservative-leaning American Enterprise Institute.

Trump claims his approach is working. On June 7, he announced that he’d put the Mexico tariff threat on hold indefinitely. Mexican President Andrés Manuel López Obrador said on June 8 that he would continue to work with the U.S. on the issue. On June 10, Trump said the U.S. and Mexico had reached an agreement to curb the influx of migrants from Central America. But details of the supposed deal remain unclear.

Trump has declared victory as a result of trade enticements and threats in practically every corner of the world. Ahead of his June 2018 summit with North Korean dictator Kim Jong Un, Trump dangled the prospect of U.S. investment in the country, telling Kim that North Korea “will be a great economic and financial nation one day.” Elsewhere, Trump walked away from the 2015 deal constraining Iran’s nuclear program and imposed broad new economic sanctions instead. The approach isn’t limited to adversaries. Trump has measured the value of America’s relationship with allies–including Japan, South Korea and NATO members–in dollars, demanding that they pay more for collective defense and threatening economic penalties, including charging for U.S. troop deployments, if they don’t. Trump threatened Canada with auto tariffs in order to coerce America’s closest ally to go along with his plans to modify NAFTA.

Some NATO countries have pledged to up their contributions to the alliance’s collective defense; South Korea and Japan have also pledged to spend more on their militaries. The modified NAFTA agreement, not yet ratified, made limited changes to the U.S.-Canada trade relationship. These short-term wins, however, don’t make Trump’s approach a success. Tariffs on Chinese products have yet to produce a broad trade agreement. And U.S. intelligence agencies warn that instead of bringing Iran and North Korea to their knees, tough economic sanctions may be strengthening their authoritarian rulers by fueling popular resentment, according to four intelligence officials, who described those assessments on the condition of anonymity.

Emphasizing economics over everything else holds longer-term dangers. As China’s economy overtakes America’s in coming years, the U.S. will need to make common cause with the European Union, Japan and other allies to constrain Beijing on the world stage. Trump’s offhand trade threats against those allies will make that harder, says William Burns, president of the Carnegie Endowment for International Peace and a former senior official in Republican and Democratic administrations. “Our unilateralist tactics and overuse of tariffs will come back to bite us,” Burns says.

There may be a political logic to Trump’s approach: some polls suggest that his dollar-driven foreign policy plays well with his base. And with migration, North Korean and Iranian nuclear dangers, and Chinese cybercrimes, among many other world problems, proving stubbornly hard to solve, the approach can give the impression of action. It’s the costs to America that will come long after Trump leaves the White House that have America’s diplomatic class worried. 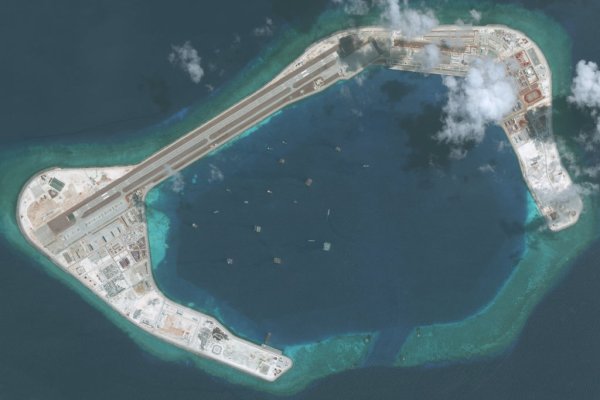