Can Anyone Save the Scandal-Plagued USA Gymnastics? Li Li Leung Is Determined to Try

There are thankless jobs, and then there is Li Li Leung’s job. As the new president and CEO of USA Gymnastics (USAG), Leung oversees an organization that is struggling to justify its existence. After major sponsors walked away following USAG’s involvement in one of the worst sex-abuse scandals in sports history, the group declared bankruptcy last December, and is now in danger of losing its status as the national governing body for the sport in the U.S.

Leung is the fourth new head of USAG in two years and must now restore the reputation of gymnastics in the U.S. She inherits an organization that many gymnasts feel is working against them. Both gymnasts and USAG officials have revealed that under its previous leadership, it not only failed to immediately report sexual-abuse claims to law enforcement but also tried to keep those reports from becoming public. And even after hundreds of complaints from athletes against one man, former national team doctor Larry Nassar, piled up, USAG appointed a series of people with ties to those involved in the scandal to high-level positions. (In court, more than 150 women and girls, from local athletes to Olympic and world team members, said he sexually abused them over the past two decades, some when they were as young as 8 years old; in 2018, Nassar was sentenced to up to 175 years in prison.) Some of them believe the only way forward is to raze the organization and create an entirely new body to represent gymnastics.

Leung is betting her career that she can rebuild USAG from the inside. As a former gymnast, she wants to make athletes’ concerns more of a priority in order to rebuild the trust that has dissipated like the chalk dust gymnasts clap off their hands. She approached USAG last fall, when her predecessor resigned. “I didn’t reach out wanting to be CEO,” says Leung. “If that meant I would volunteer, then I would volunteer.”

Heading the organization wasn’t exactly a sought-after position, and many potential candidates turned it down. Leung, however, decided to leave a comfortable job at the NBA to take over the disgraced organization. Just two months into her tenure, Leung’s office at the USAG headquarters in Indianapolis is still devoid of any personal effects; there hasn’t been much time for decorating between meeting with every staff member and attending competitive events. (The first former gymnast to lead USAG in 20 years, she has even stretched with the junior and senior national teams, and kept up when they performed splits.) A few early mistakes as CEO have raised questions about whether she’s up to the task but haven’t shaken her resolve. “It’s not like you can snap your fingers and have everybody completely move on,” says Olympic gold medalist Nastia Liukin. “It’s going to take time.”

With the Olympics, gymnastics’ grandest showcase, looming in just over a year, Leung has scrawled a number, 43, on a whiteboard that occupies an entire wall of her office as a reminder of how urgent her job is. “It’s a timeline for me, a countdown of days,” she says, declining to elaborate further.

Leung didn’t need this job. As vice president of global partnerships at the NBA, she was responsible for marketing, negotiating and nurturing relationships with brands such as Nike, Samsung and adidas, and her easy friendliness helped her adapt to living around the world in London, Shanghai, Beijing and New York. But after watching USAG self-destruct over the past few years, she could not sit by any longer. “I kept telling myself, ‘It’s going to get better at some point,'” she says. “Over the course of two years, it didn’t. Because I gained so much from the sport, I felt it was time to pay it forward.”

When she was 7, she and her twin sister, May May, took their first gymnastics class in Ridgewood, N.J. The daring flips, and the license to tumble and catapult their bodies to impossible heights, left the girls smitten, so Leung’s parents soon moved the family to nearby Parsippany so the sisters could train at an elite gym. For 15 years, Leung lived the almost monastic life of an elite athlete, training twice a day, for 35 hours a week, missing most of the traditional teenage rites of passage like football games and school dances. The dedication earned both Leung and her sister gymnastics scholarships to the University of Michigan, and her athletic career even set her up for a less traditional challenge while she was at the NBA–competing in a regional first round of American Ninja Warrior. (The floating steps sunk her.)

In her new role, she is focused on enforcing new athlete safety policies to protect gymnasts. She has been advised not to reach out to sexual-abuse survivors involved in pending lawsuits, although some have contacted her. She told attorneys on the survivors’ committee that when she can, she wants to meet with them. “I don’t see them as adversaries at all,” she says. “I want to hear from them and would love them to be part of the solution going forward.”

Such a partnership with survivors may not be as easy as Leung hopes, given her rough start at the helm. In her first broadcast interview, Leung revealed that she too had been seen by Nassar, but said she was not abused by him because her coach was in the room. Survivors took offense; many had testified that Nassar abused them, under the guise of treating them, while their parents or coaches were in the room unaware of what he was doing. Leung quickly issued an apology on social media. “I could have chosen my words a bit more artfully,” she says a few days after the fallout. “My comment was never meant to diminish the horrific experiences the survivors had to go through. I continue to apologize for that.”

Then Leung hired Ed Nyman, a former gymnast and an expert in biomechanics at University of Findlay in Ohio, who had worked at his wife’s gymnastics facility, to serve as a medical liaison between athletes, coaches and the organization, and to oversee athlete care and wellness. But on his first day, she fired him, after she says she learned he “fail[ed] to disclose athlete safety complaints involving him and his wife’s gym.” Nyman says the complaints were made to SafeSport (an independent body that evaluates any complaints about athlete abuse, regardless of whether they are sexual in nature), did not require a formal investigation and were known to people at USAG. He maintains, “I have never done anything that disqualifies me for this job.”

Despite all the problems USAG must contend with, Leung is determined to turn it around. The U.S. Olympic Committee’s investigation into whether USAG should be decertified as a national governing body is on hold because of the bankruptcy, but she hopes the organization will be financially solvent again by the end of the year. That would give her time to make the case that USAG should remain the representative for the sport at the Tokyo Games in 2020. “My goals are to work in several main areas,” she says of the critical year ahead. “One is finding a fair and full resolution with the [Nassar] survivors. The other piece is athlete safety; we want to empower athletes. And finally, our financial stability is a big part. I believe if you put your house in order and do what’s right, the partnerships will come. That way our athletes can focus on the Olympics without any distractions.” 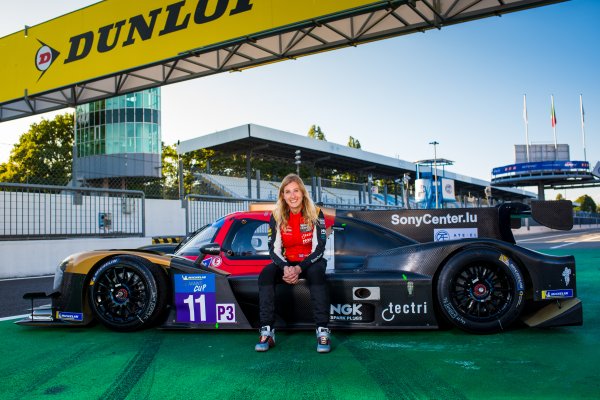 'It Feels Very Possible.' How This Transgender Racing Driver Is Hoping to Make Sports History
Next Up: Editor's Pick