French President Emmanuel Macron has confirmed the “friendship tree” he presented as a gift to the White House last year has died, and that a replacement is on the way.

President Donald Trump and Macron originally planted the European sessile oak together in April 2018 when Macron made his first official state visit to the White House. The tree was taken from Belleau Wood in France — the site of a World War I battle in which thousands of U.S. Marines died defending France against Germany’s invasion. According to Le Monde, the tree planted by the two world leaders was meant to “symbolize the tenacity of friendship.” And, at the time, Macron tweeted that the tree served as “a reminder at the White House of these ties that bind us.”

French news outlets broke the story over the weekend that it had died, with the New York Times confirming the oak’s passing on Tuesday. Macron also confirmed the tree’s death in an interview with Swiss television station RTS on Tuesday, CNN reported.

“We will send him another,” Macron told RTS when asked about the tree. “It is not a tragedy.”

Then-French Ambassador to the U.S. Gérard Araud said that the tree was “enclosed in plastic protection” during the planting ceremony, as it had to be quarantined per U.S. Department of Agriculture regulations on foreign plants to prevent possible soil contamination.

During his interview with RTS, according to CNN, Macron said that it was because of this quarantine that the tree died.

The United States and France have a historically shared a close relationship. However, in recent months Macron has become more outspoken and critical of Trump’s behavior, while the U.S. President has recently threatened to impose tariffs on French wine imports. Though, at their most recent joint appearance, the two leaders put any differences aside to commemorate the 75th anniversary of D-Day.

According to CNN, in the interview, Macron said he would send a birch tree as a replacement. 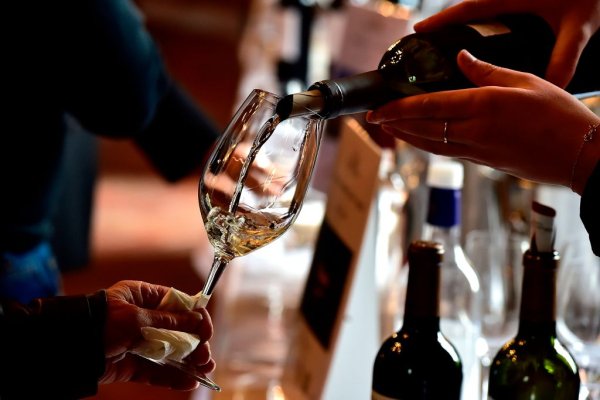 President Trump Hints at His Next Trade War Target: French Wine
Next Up: Editor's Pick