The Duke and the Duchess of Cambridge broke with longstanding royal tradition to talk about politics when they visited a rural community in England on Tuesday.

Members of the royal family don’t usually discuss politics in order to remain politically neutral. But Prince William, who is second in line to the throne, was interested to know whether Brexit was a big concern for the sheep farmers he was speaking to.

He was careful, however, not to share his own views.

Sam Rawling, a sheep farmer, said he was very surprised to see his industry voting for Brexit. “It was like turkeys voting for Christmas,” he told the royal.

One of the main concerns was the prospect of a no-deal Brexit––which would see the UK leave the European Union with no agreement about the “divorce” process. Farmers told the royal couple that possible 40% tariffs on sheep, combined with a loss of E.U. subsidies for farmers would bring about a “perfect storm.”

Adam Day, who runs the Cumbria Farmer Network, a non-profit organization that provides help to farmers, said: “The reality is that there is not enough income to make a living from old-fashioned traditional sheep farming or cattle farming. They have got to do other things to survive.”

Earlier this year, Queen Elizabeth herself made a subtle reference to Brexit in a speech where she called for “coming together to seek out the common ground” and “never losing sight of the bigger picture.” Her words were carefully analysed by commentators, many of whom concluded that she supported Theresa May’s Brexit deal.

The royal couple was welcomed to the Deepdale Hall Farm in Patterdale, 90 miles north of Manchester, where they took part in sheep shearing and met with farmers and residents over tea and cake.

The aim of the visit was to hear about difficulties residents experience and discover the reality of working life in the area, which is increasingly affected by an aging farming population. 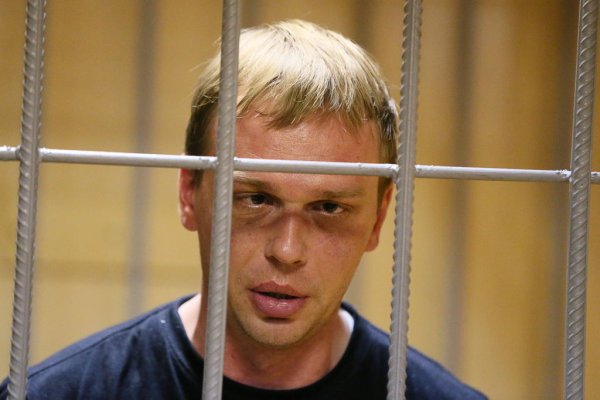 ‘He Had Powerful Enemies.’ Russian Journalist Ivan Golunov Has Been Released, But Media in Russia Still Can't Work Freely
Next Up: Editor's Pick