She Won a Major Victory for Abortion Rights at the Supreme Court. Here's What She Thinks About the Future of Roe

Three years ago this month, on June 27, 2016, the Supreme Court ruled in the biggest abortion case in more than two decades: Whole Woman’s Health v. Hellerstedt. In a vote of 5 to 3, the Justices struck down two provisions in a Texas law as unconstitutional because they placed an “undue burden” on a woman’s right to access an abortion.

The law required abortion clinics to have facilities like an ambulatory surgical center and physicians who perform abortions to have admitting privileges at a local hospital — provisions which abortion advocates say are medically unnecessary and cumbersome for healthcare providers. In her concurring opinion, Justice Ruth Ginsburg argued that as doctors consider abortion to be safe, it would be “beyond rational belief” that such regulations were necessary.

While the decision was hailed as a landmark ruling and a victory for supporters of abortion rights, states have continued to pass laws limiting a woman’s ability to terminate a pregnancy. In the past year, several states have passed “heartbeat” legislation, which bans abortion after a fetal heartbeat is detected, and Alabama has passed a near-complete ban on the procedure. Although even some abortion opponents say that they don’t expect the legislation to be upheld in the lower courts, others have acknowledged that the goal is to mount a challenge to abortion in the U.S. Supreme Court in hopes of overturning Roe. At the same time, other states have passed legislation to expand protections for abortion. New York, for instance, passed a law in January that would permit abortion after 24 weeks if a woman’s health is at risk, or if the fetus is unable to survive outside the womb.

TIME spoke to Stephanie Toti, the lawyer who argued on behalf of Whole Woman’s Health, about the state of abortion access three years after the decision. Toti is currently working as senior counsel and project director for the Lawyering Project, which she founded in 2017 to promote reproductive rights and justice. She also spent 10 years working for the Center for Reproductive Rights.

What reproductive health-related cases are you currently working on?

We are working on a number of cases across the country to promote access to contraception and abortion. We’ve got two cases in Texas — one that challenges an embryonic and fetal tissue disposition requirement, [which] requires that all pregnancy-related tissue resulting from a miscarriage or an abortion at a health center be buried or cremated. So, it essentially requires that healthcare providers treat that tissue like human remains regardless of the personal beliefs or values of their patients.

We’ve got a second case in Texas challenging a broader set of restrictions on abortion, including TRAP laws (targeted regulation of abortion providers), mandatory delay, parental consent, and laws that deny abortion patients the benefits of scientific progress. So, for example, Texas has a ban on the use of telemedicine in abortions there.

Also, we’re representing the city of Baltimore in a challenge to the Trump administration’s Title X modifications. What these new regulations do is they create a gag rule that says that healthcare providers who participate in the Title X program can’t counsel or refer their patient for abortions. Title X serves a lot of different communities and healthcare providers, so Planned Parenthood is a big Title X recipient. But the city of Baltimore, through its health department, also operates a number of Title X programs. And so they would lose several million dollars if these regulations were to take effect.

Three years after the Whole Woman’s Health v. Hellerstedt case, what is the status of abortion access in Texas?

The access situation in Texas has been mixed since the Whole Women’s Health decision. Unfortunately, a number of clinics were forced to close while that litigation was ongoing because some of the requirements had taken effect, at least temporarily, and that forced nearly half the clinics in the state to close and a lot of them were never able to reopen. It’s sad because after the clinic is closed for a while, they have to start to lay off staff and they can’t hold on to the building lease. They have to start selling off equipment. And then particularly for the health practices that are independent kind of single healthcare practices, it’s really hard for them to sustain themselves when they’re not able to see patients.

There’s definitely a robust community of reproductive health advocates in Texas who have been working to improve access as much as possible in the aftermath of that decision. Both the healthcare providers who are offering abortion care [and] also the abortion funds, the practical support networks, the other advocates who are working really hard to rebuild the infrastructure and support the people in the state who are trying to gain access to that care.

How have legal attacks on abortion access changed over time?

The legal landscape concerning abortion access has been cyclical in the United States. Since the time of Roe, the Supreme Court’s jurisprudence and the availability of abortion at the state level hasn’t been a steady march forward towards increased rights and increased access. We have big advancements in the law and then followed by big setbacks.

We find ourselves at this moment now where it appears that the court might be poised to overturn Roe, or at the very least to roll back protections for reproductive rights. We’ve had moments like that in history before — notably in 1992, when everyone thought that the court was poised to overturn Roe but instead it issued a decision reaffirming the fundamental right to abortion, but altering the legal standard by which abortion restrictions are judged. I’ve come to think of the struggle for abortion rights not as a particular fight that’s going to have a conclusion, but rather I think of it more as a garden that needs to be cultivated constantly. There’s never going to come a time when this struggle is over.

I think that the moment that we’re at right now is really scary, but it’s not unprecedented. So I think that folks shouldn’t despair, and they shouldn’t lose hope, that we just need to double down on our efforts and accept that this is going to be an ongoing struggle.

Do you think that the makeup of the current Supreme Court means that abortion access is more vulnerable now?

I think people definitely have cause for concern, but I also think that it’s important to keep in mind that there’s overwhelming support in the public for abortion access, and that the court is in a dialogue with the public as well as with the other branches of government, in that public opinion and public engagement can help shape the context in which the court sees these issues. The court doesn’t exist in a vacuum.

There’s been some speculation that Chief Justice John Roberts, now considered a swing vote by some, might not vote to overturn Roe because of his concern about the Court’s reputation. What’s your view of this theory?

I don’t know the Chief Justice personally, and so it’s hard for me to comment on what’s in his heart about this issue. I think a lot of folks try to speculate and maybe some of those folks do have personal knowledge, but I think a lot of that speculation is just that — wild speculation. It’s hard to know how the Chief Justice or how any Justice is going to rule in a given case until you see their opinions. And so while I am certainly worried and concerned that the current Supreme Court may roll back some of the reproductive rights that people have fought so hard for over the last five decades, I also remain hopeful that the rule of law will prevail and that the Justices will ultimately show respect for precedent.

In a recent case regarding abortion restrictions in Indiana, Justice Clarence Thomas compared some abortions to eugenics. Does that tell us anything about where the court might go on this issue?

I think that the fact that the court declined to take that Indiana case signals that there’s not a real appetite for taking on an abortion case right now. And I’ll also add that while lots of things about that concurring opinion were disheartening, I think it is important for reproductive rights advocates to grapple with the history of the movement and grapple with the history of this nation and to acknowledge that there is a painful history of racism.

It’s essential that advocates for reproductive rights ensure that those rights are available to everyone, and that we fight not just to secure abortion access on paper, but to secure the right for everyone to effectuate their decision about whether and when to have children, and to ensure that there are no disparities about healthcare outcomes among different communities. Right now, there’s a huge disparity in maternal mortality for black women. I see all of these things as interrelated, and the goal of all of this advocacy is to ensure that self-determination for everyone and to promote both gender equality and racial and economic justice.

Do you have any predictions about the future of abortion law?

As we proceed towards the next national election in 2020, I think we’re going to see both increased efforts to limit reproductive healthcare access by those who are hostile to abortion but also efforts to strengthen reproductive healthcare access by those who are supportive. And I think we’re seeing, in some states, efforts to pass legislation to repeal restrictive laws, or to codify protections for reproductive rights in the law. In terms of whether the Supreme Court is going to decide an abortion case in the next couple of years, it’s hard to know. I think it may depend on whether some of the states force their hand in terms of the laws that they’re enacting. 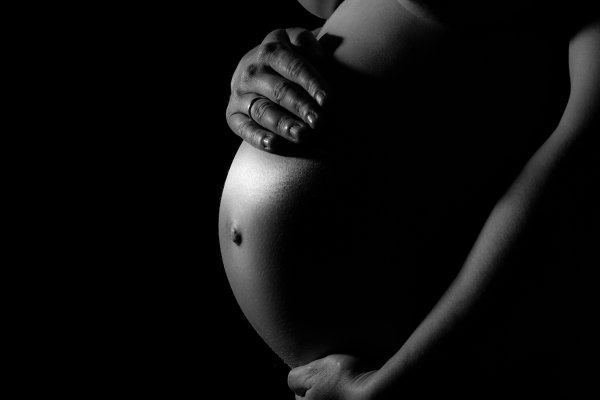 Women Who Are Denied Abortions May Face Long-Lasting Health Problems, Study Says
Next Up: Editor's Pick