Donating blood is a selfless act, and as with many altruistic behaviors, it’s not always easy to convince people to take a couple of hours out of their day to do it. Yet it is desperately required: every day, patients in the U.S. need about 30,000 pints (about 14,200 liters) of blood, and the supply peaks and dips depending on people’s generosity. At any one time, there is enough blood to last anywhere from two to seven days.

That may change, if Facebook has anything to say about it. The social media behemoth, which boasts dozens of million users in the U.S., wants to appeal to its members to give blood whenever and wherever they can.

On June 12, Facebook launched a feature on its site enabling people to sign up to be a blood donor. Those people who sign up will be notified when their local blood banks need blood of their specific type. To start, the program will be rolled out in five cities—Chicago, New York, San Francisco, Baltimore and Washington, D.C—but will eventually expand to the entire country.

“Our mission is to connect people, and this is at its heart a connection problem” says Sheryl Sandberg, chief operating officer of Facebook. “We are matching up people who are willing to donate with where there is a need for blood,”

Every two seconds, someone in the U.S. needs blood, according to the American Red Cross, whether to replenish blood after an accident, during surgery or chemotherapy, or due to an illness like sickle cell anemia. Yet only 3% of the public donates. And the number of new people offering to give for the first time is falling.

“Historically, we have reached out to folks through institutions like schools and companies that organized large blood drives,” says Cliff Numark, senior vice president of blood services at the American Red Cross. “But with more people working at home, they may not intersect with blood donation campaigns at all, so it may not be something they even think about.”

People’s motivations for giving blood have also changed, says Julie Scott, director of strategic marketing and communications at Vitalant, the second-largest collector of blood in the country, which runs 127 blood donation centers. “Before, giving blood was more of a civic duty, and something people did to help their fellow man,” she says. “We did research and learned that some of the things younger donors cared about was knowing what impact their donation was having on patients, and knowing how their blood was being used. So we do a variety of things like sending texts to let donors know their blood was shipped to a hospital for a patient in need.”

Because Facebook highlights people’s personal stories, it will make it possible for people to share their own experiences about how donors have helped. “Facebook helps to connect people in a very personal way,” says Sandberg. “When people see real names and real faces, they are more likely to jump in and support each other.”

The Red Cross and Vitalant, as well as America’s Blood Centers, Inova, New York Blood Center, Rock River Valley Blood Center, Stanford Blood Center and Versiti, are partnering with Facebook to make people more aware of not just the need for blood, but where and how they can donate. Raising awareness about blood donation is critical, says Numark. “The number one reason why people don’t give blood is because they are not asked,” he says. “Facebook gives us the opportunity to make the need front and center for someone who is interested. We may be able to reach people who aren’t being asked now to donate.”

Facebook’s blood-donation program is already live in four countries: India, Pakistan, Bangladesh and Brazil. According to Facebook, since the programs launched in 2017, 35 million people in those countries have become donors, and 20% of them credited Facebook with motivating them to give.

If uptake in those countries is any indication, Numark says, it’s possible Facebook could help to double the number of potential blood donors in the U.S. 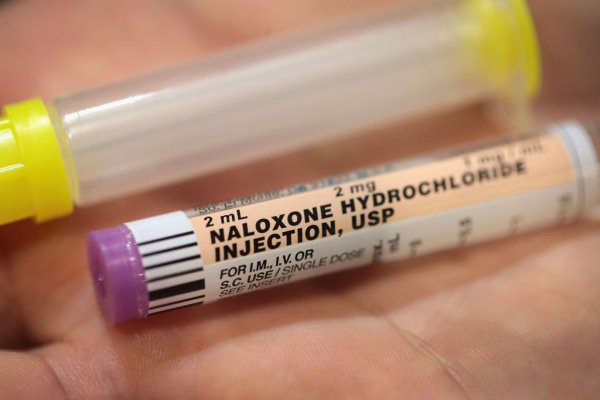