South African Paralympic track star Oscar Pistorius reacts as he listens to evidence by a pathologist during his trial in court in Pretoria on April 7, 2014.
THEMBA HADEBE—AFP/Getty Images
By Charlotte Alter

Oscar Pistorius’ testimony is hard to watch. The South African Olympic “Blade Runner” sobs through his story of the night he killed his girlfriend Reeva Steenkamp on Valentines Day 2013. He retches when he sees pictures of her injuries and cries and sweats through his clothing during his testimony. He seems overwhelmed with regret for shooting Steenkamp through the bathroom door that night, even though he says he only shot her because he thought she was an intruder.

But for the millions of people following the trial, his behavior raises a deeply uncomfortable thought: could someone who seems so viscerally distraught also be a calculating murderer?

Under South African law, Pistorius’ intent to kill could mean the difference between life in prison and a reduced sentence. Of course, it’s impossible to know for sure what went through another person’s head at a particular moment, and the question of intent may never be answered for certain, no matter how much evidence is brought up in court.

The optics were bad for Pistorius as the prosecution laid out their case in the first part of the trial. He has admitted to being passionate about guns, and his friends say he had a short temper. His texts with Steenkamp sounded controlling and jealous, and his ex-girlfriend said he was a jerk. And, on the night of the killing, neighbors said they heard the sounds of a screaming argument before the gunshots.

Then again, there’s a real pathos to Pistorius’s story, if he’s telling the truth. Pistorius might have been a controlling cad, but he didn’t have a history of violence against women. Pistorius’ fear of intruders doesn’t seem fabricated, especially given the crime levels in South Africa and his physical disability. And it’s easy to imagine how a half-asleep, trigger-happy man might panic and shoot, especially when he did not have his prosthetic legs on and felt he couldn’t run (Pistorius maintains he walked on his stumps to the bathroom.)

Most of all, Pistorius’ anguish on the stand is so visceral, it seems impossible he could be lying; crocodile tears are one thing, but repeatedly vomiting in a bucket is another. But look past his weeping, and the raw facts already presented raise significant doubts. Steencamp was in the bathroom behind a locked door in the middle of the night when she was shot. Experts say that domestic abuse victims tend to lock themselves in small spaces when they feel threatened, in order to create a barrier against their attacker. Pistorius said he was “besotted” with Steenkamp, but in text messages Steenkamp said she was “scared” of him.

And those outbursts of grief in the courtroom? Experts say domestic abusers tend to show a lot of strong emotions as they manipulate their victims, so they’re used to turning their feelings on and off.

“If they were robots, nobody would date them or be with them,” said Cindy Southworth, a Vice President at the National Network to End Domestic Violence. “They’re able to display a lot of human emotion, but research shows they’re always in control.”

Southworth says that Pistorius’ courtroom theatrics are consistent with the “compelling and calculated remorse” she sees from other abusers who are being held accountable, and that plenty of abusers kill their partners even when they’ve never used violence before. “There are many, many dead victims who were killed the first time they were struck,” she said. “Middle class offenders, loving family members, no police reports, then she’s dead.”

It’s tempting to believe Pistorius’ story of psychological horror and mistaken identity, since it seems almost like something out of a Greek tragedy–a sports hero doomed by his one vulnerability. But no matter how many times he pukes in a bucket, the story of a controlling gun-lover, a loud argument, and a dead woman is one we’ve heard before. 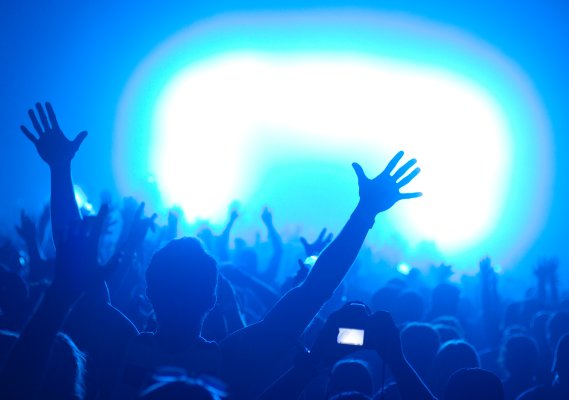 Coachella Ticket Fever and What I Learned From My Teenager About Integrity
Next Up: Editor's Pick