The Pentagon's Defense to Criticism of Troops Painting the Border Wall: It's 'Anti-Climb' Paint

Soldiers of the 104th Engineer Construction Company stand guard as other members of their unit work to heighten security of the border wall.
Meridith Kohut for TIME
By W.J. Hennigan

Days after the Department of Homeland Security told Congress it needed U.S. troops to paint the southern border wall with Mexico to “improve” its “aesthetic appearance,” the Pentagon claimed Friday the maintenance assignment will also have a deterrent effect since American forces will carry out the job with “anti-climb” paint.

“In response to a Department of Homeland Security request for assistance, the DoD is providing approximately 100 active duty personnel to apply anti-climb coating to about a mile of new bollard wall near the Calexico West port of entry in California,” Major Chris Mitchell, a Pentagon spokesman, said. “This effort will provide an operational benefit, in that the coating addresses camouflaging tactics of illegal border crossers and makes the bollards more difficult to climb.”

On Wednesday, the Department of Homeland Security sent an email to members of Congress about the mission. The email, which was obtained by TIME, alerted lawmakers to the ever-expanding military mission down at the border.

“While the primary purpose is to improve the aesthetic appearance of the wall, there may also be an operational benefit based on our experience with painted barrier in Nogales, Arizona,” the email said. “As an additional and unanticipated benefit of the paint application, Tucson Sector agents noted that individuals appeared to have greater difficulty scaling the painted bollards.“

It’s just the latest task assigned to U.S. forces since President Donald Trump’s emergency declaration more than a year ago. The Pentagon was ordered to support the Department of Homeland Security at the border, a mission that has steadily evolved with various tasks. There are now about 5,000 troops, including 2,000 members of the National Guard, deployed along the 2,000 mile-long southwest border.

The U.S. military’s deepening entanglements with the Trump Administration’s hardline response to the influx of migrants has drawn fire from Democrats in Congress.

“A disgraceful misuse of taxpayer $$,” Senator Dick Durbin of Illinois wrote in a tweet. “Our military has more important work to do than making Trump’s wall beautiful.”

In addition, American forces have strung coils of razor wire atop southern border fences and points of entry with Mexico in California, Arizona and Texas. U.S. forces have also started parking pick-up trucks mounted with telescopic video cameras, known as “Mobile Surveillance Cameras,” in all nine border Patrol Sectors in each of the four states bordering Mexico. The devices are armed with infrared cameras, enabling troops to watch for illegal border crossings to operate day or night.

Administration officials are now assessing whether military bases in Oklahoma, Montana and Georgia are suitable to shelter 5,000 immigrant children apprehended at the U.S.-Mexico border without an adult relative. Existing shelters are running out of space. 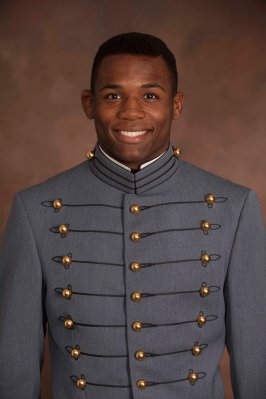