Some People Think Stonewall Was Triggered by Judy Garland’s Funeral. Here’s Why Many Experts Disagree

A week later, thousands of her admirers turned out to pay their respects at her June 27 funeral. “The countless legions of Judy Garland‘s fans, 21,000 of whom appeared in person and jammed the streets of Manhattan’s Upper East Side last week to file past the bier where her body, dressed in the ankle-length gown she had worn at her fifth wedding, lay in state,” TIME reported back then in a story headlined “End of the Rainbow.”

By the time she died, Garland was a well-known icon to the LGBT community at the time. In a 1967 review of a performance she gave, TIME mockingly noted her popularity within the gay community and quoted Manhattan psychiatrists who surmised that she might be admired as a model of resilience. Her problems were no secret, including drug addiction and suicide attempts, and she channeled her sorrow into creative outlets. She was “the Elvis for homosexuals,” Barry Walters wrote in the LGBTQ news outlet The Advocate, “a symbol of emotional liberation, a woman who struggled to live and love without restraint. She couldn’t do it in her real life, of course, and neither could her fans. But she did it in her songs, and with them she brought along anyone who similarly dared to care too much.”

On June 27, 1969, when the trans activist Sylvia Rivera heard about the funeral, she became “completely hysterical,” she recalled to the historian Martin Duberman in his 1994 account of the uprising, Stonewall.

“It’s the end of an era,” she told him. “The greatest singer, the greatest actress of my childhood is no more. Never again ‘Over the Rainbow.'” Sobbing, she continued, saying there was “no one left to look up to.”

She had been planning to stay home and light some candles as a vigil to her idol when her friend Tammy Novak called and — “sounding more stoned than usual,” as Rivera recalled — begged Rivera to join her at Stonewall. At first Rivera worried about whether that would be in good taste: “Was it all right to dance with the martyred Judy not cold in her grave?” But she relented, “popped a black beauty,” and headed over.

In the wee hours of Saturday morning, June 28, the NYPD raided the bar. Such police raids were typical but, rather than dispersing as usual, the targets that night fought back, and as patrons and passersby stood outside, the crowd grew into hundreds. Fifty years later, experts still don’t know exactly how things turned violent, but some think Novak was directly involved: One theory says when a policeman tried to put her in a police van, she fought back — one of the acts of resistance that set off a chain of similar acts of resistance.

But did the timing of the funeral actually have anything to do with the fact that this was the night Stonewall patrons fought back?

Charles Kaiser’s 1997 book The Gay Metropolis has been credited as one source that popularized the theory that heightened emotions over Judy Garland may have contributed in a significant way to the outcry at Stonewall Inn hours later, “No one will ever know for sure which was the most important reason for what happened next: the freshness in their minds of Judy Garland’s funeral, or the example of all the previous rebellions of the sixties — the civil rights revolution, the sexual revolution, and the psychedelic revolution, each of which had punctured gaping holes in crumbling traditions of passivity, puritanism and bigotry,” he wrote. One of the several controversial aspects of the 2015 movie Stonewall was the fact that it promoted the idea that Garland’s funeral led to the Stonewall uprising. Even the 2017 Magnetic Fields song “69: Judy Garland” starts off, “The first brick the drag king threw / To draw blood from the boys in blue / Said ‘Here lies Judy Garland’ on it / It flew through historic air.”

But experts on LGBTQ history say there isn’t enough to prove that Judy Garland’s funeral specifically fueled the Stonewall uprising.

“No eyewitness account of the riots written at the time by an identifiably gay person mentions Judy Garland,” argues David Carter in Stonewall: The Riots That Sparked the Gay Revolution. “[The] only account written in 1969 that suggests that Garland’s death contributed to the riots is by a heterosexual who sarcastically proposes the idea to ridicule gay people and the riots.” He also points out that a reference to Judy Garland in an Esquire article published later in the year on the emergence of the “New Homosexual” clearly refers to her as emblematic of the “Old Homosexual” and “symbolically allied with the old order the riots ended.”

Rachel Corbman, a fellow at the New York Historical Society who worked on the museum’s exhibitions for the 50th anniversary of the incidents and who has taught a class about the myths of the Stonewall uprising, agrees that there’s a “dearth of historical evidence” that Judy Garland’s funeral directly led to the Stonewall uprising. “In the immediate aftermath of the event, Garland’s death and the uprising were generally not linked in firsthand accounts or the press coverage. The one exception is a sardonic quip in the coverage of the uprising in the Village Voice, which was a pretty homophobic article.”

Mark Segal, a witness to that night and founder of the Philadelphia Gay News, wrote an op-ed in 2015 denouncing the emphasis on the Garland theory in the Stonewall movie, which he described as “the most disturbing historical liberty” in the film and “downright insulting to us as a community.”

Some experts on LGBTQ history like Corbman worry that focusing too much on Garland, an entertainer, trivializes “the main catalysts for the Stonewall uprising”: abuse, harassment, homophobia and the growing recognition of gay and lesbian activism in an era of consciousness-raising — problems that still remain today. Moreover, the theory that centers the start of Stonewall around her death perpetuates the negative stereotypes that they stood up against in the middle of the night on that fateful Saturday. As the 50th anniversary of Judy Garland’s death and of the uprising both approach, many hope those milestones will be a chance to make sure the equal rights movement continues, but not the Garland myth. 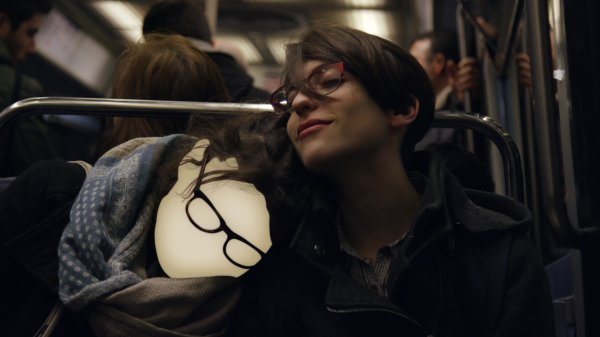 New Documentary Explores the Realities of Being an Intersex Person and Their Treatment By Society
Next Up: Editor's Pick