In this May 1, 2019, file photo, Attorney General William Barr is sworn in to testify before the Senate Judiciary Committee hearing on Capitol Hill in Washington.
Andrew Harnik—AP
By Alana Abramson

“We will not allow this president and his administration to turn a blind eye to the rule of law,” rules committee chairman Jim McGovern said in a statement announcing the resolution. “This resolution will allow Congress to hold the President accountable while this Democratic majority continues delivering on issues like health care and jobs.”

The judiciary committee had issued subpoenas to the Department of Justice for the full, un-redacted version of Special Counsel Robert Mueller’s report into Russian interference in the 2016 election, and voted last month to hold Barr in contempt after the White House invoked executive privilege over it. The committee had also issued a subpoena for testimony and documents from former White House counsel Don McGahn, but his attorney told the committee he was ordered by the White House not to comply.

While the resolution is largely technical and procedural, it does create a clear pathway to a court fight that lawmakers and staffers hope will set a precedent for compliance. One Congressional aide said the expectation was the court would issue a decision on McGahn’s testimony in short order, which could set a precedent for other witnesses who have been instructed to defy subpoenas, like Hope Hicks and Annie Donaldson.

Not coincidentally, the resolution was co-sponsored by the six committee chairs conducting the bulk of the oversight probes: Nadler; Rep. Elijah Cummings on Oversight and Government Reform, Rep. Eliot Engel on Foreign Affairs, Rep. Richard Neal on Ways and Means, Rep. Adam Schiff on Intelligence, and Rep. Maxine Waters on Financial Services.

More broadly, congressional aides say, the resolution is sending a clear message to the White House that they will use all legal recourses available to force them to cooperate.

“The resolution is a full throated expression of support by the House of Representatives to address the historically unprecedented never before in America history stonewalling” said one aide. 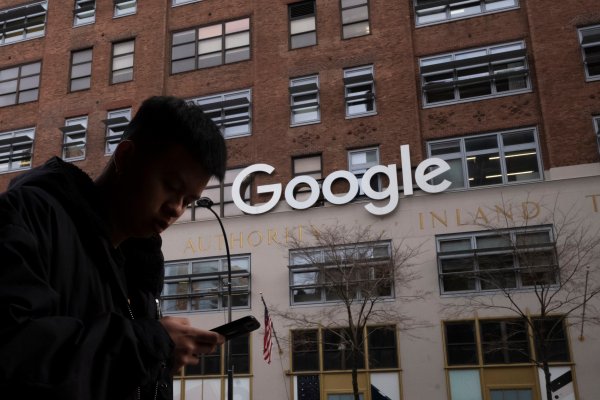 Democrats Have Picked the First Target of Their Sweeping Tech Antitrust Probe
Next Up: Editor's Pick