The wreckage of a Metro-North commuter train lies on its side after it derailed just north of the Spuyten Duyvil station December 1, 2013 in the Bronx, New York City.
Christopher Gregory—Getty Images
By Nolan Feeney

A railroad mechanic paralyzed in last year’s deadly Metro-North Railroad derailment has announced plans to sue the railroad for $100 million.

Samuel Rivera, who lost movement in both of his legs and much of his arms during a Dec. 1 derailment in the Bronx, says he needs the nine figure sum to protect his family, according to the Associated Press. But he added that he has forgiven the train’s driver, William Rockefeller, who recently admitted suffering from a sleep disorder and said he had been “dazed” on the day of the crash.

“I do forgive Mr. Rockefeller,” Rivera said. “People make mistakes. I’ve made mistakes. … His mistake ended up as a major tragedy.”

Accident investigators say the train was traveling at 82 mph when it approached a curve with a 30 mph speed limit on a stretch of track in the Bronx in New York City. The accident killed four people and left dozens injured.

A Metro-North spokesman declined to comment to the AP on the pending lawsuit. 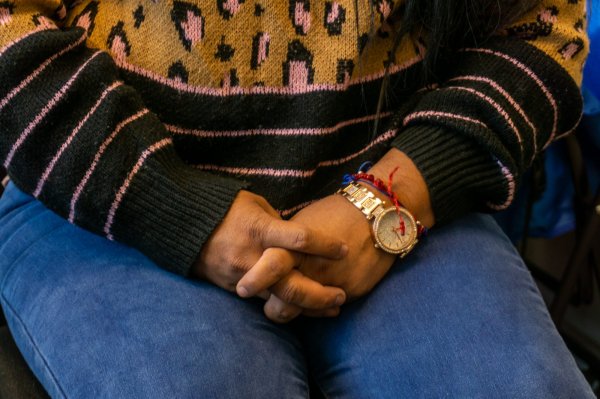 As Many Americans Get COVID-19 Vaccines and Financial Support, Undocumented Immigrants Keep Falling Through the Cracks
Next Up: Editor's Pick