A judge granted Planned Parenthood of St. Louis a preliminary injunction on Monday, allowing Missouri’s only abortion clinic to remain open for the time being.

“This is a clear victory for people across Missouri — but the threat is far from over,” Dr. Leana Wen, president of Planned Parenthood, said in a tweet shortly after the decision. “Planned Parenthood will do whatever it takes to combat politicians’ efforts to ban access to safe, legal abortion care and we’ll never stop fighting for our patients.”

The controversy began last month, when Planned Parenthood officials announced that Missouri’s health department was not expected to renew the license its St. Louis clinic needed to provide abortion services before it expired on May 31—a lapse that would leave Missouri without a legal abortion provider. The same day, Planned Parenthood filed a lawsuit against the state of Missouri, arguing that the license renewal process had been unlawfully caught up in a state investigation into an alleged patient complaint against the health center. Missouri officials have not publicly disclosed details about the alleged complaint.

On May 31, St. Louis Circuit Court Judge Michael Stelzer granted Planned Parenthood a temporary restraining order that allowed it to keep providing abortion care without a license renewal, at least until hearings concluded.

Then, on June 4, Stelzer handed Planned Parenthood another win by settling a major piece of the license renewal standoff: the issue of whether Planned Parenthood doctors, including non-employee medical residents and fellows, would have to be interviewed by state investigators. The state called its interview request routine, while Planned Parenthood argued that questioning non-staff medical trainees was inappropriate and unreasonable. Stelzer eventually sided with Planned Parenthood.

While Stelzer did so again on Monday, the question of whether Missouri will become the first U.S. state in nearly 50 years to lack an abortion provider remains unanswered.

Missouri, one of several states that has passed more restrictive abortion laws this year, recently banned abortions after the eighth week of pregnancy. And it is one of six states with only one abortion provider, according to the Guttmacher Institute, a research and policy organization that advocates for abortion rights. 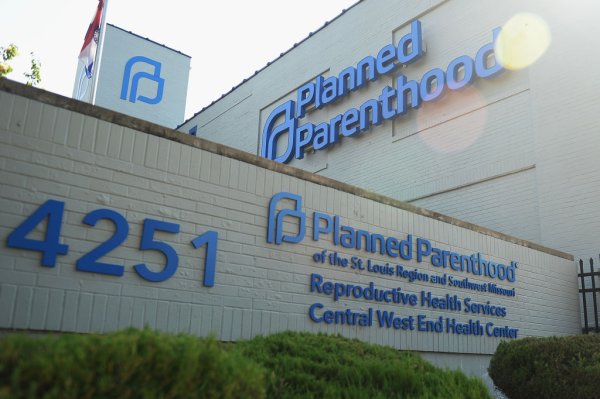 St. Louis Judge Says Planned Parenthood Doctors Do Not Have to Testify
Next Up: Editor's Pick