The Legacy of the Tiananmen Square Massacre in China

Over the course of six weeks in 1989, Chinese students and those they inspired gathered in central Beijing in Tiananmen Square. It began as a spontaneous outpouring of respect and grief following the death of reformist leader Hu Yaobang, but the event then took on a life of its own as mourning became protest against corruption and repression and a call for greater political freedom. The demonstrations expanded to other Chinese cities.

As the crowds swelled, some within the Communist Party leadership began to fear that the protests might continue to expand and to threaten the Communist Party’s political dominance. A cat-and-mouse game began as the state tried to find ways to move security forces into the square to end the Tiananmen occupation and as the protesters looked for ways to block them. As the crowds grew, so did the audience of people watching from around the world.

Then the decision was made. On June 4, 1989, Chinese tanks used the cover of darkness to force their way into the square. In the process, the Chinese government massacred at least hundreds, maybe thousands, of its own people, most of them students.

Three decades later, the fight over Tiananmen continues. On the rare occasion when a Chinese state official addresses these events at all, it is to justify the decision. On June 2, 2019, China’s Defense Minister described the events of 1989 as “political turmoil that the central government needed to quell, which was the correct policy.” Because of this, he said, “China has enjoyed stability, and if you visit China you can understand that part of history.”

On the one hand, it’s hard to understand how a visit to China can shed light on the events of that era. Yes, China’s people have much more access to information today than they did in 1989. Yet, particularly when it comes to a subject as sensitive as the protests and massacre in the square, the Chinese state keeps a tight grip. Those who use social media in China must register accounts under their real names, and the authorities can demand access to those names whenever it wants.

The government also uses state-of-the-art censorship tools to erase mention of a number of politically sensitive search terms or to redirect the user toward other subjects. Video recognition software can detect images related to the square and its bloody history. In short, China’s leaders have come as close as technically possible to erasing all record of what happened.

On the other hand, the Chinese Communist Party leadership has presided over the largest economic expansion in human history. In 1989, when adjusted for differences in purchasing power, China’s economy generated just 4.11% of global GDP. Today it’s 19.24%. There is an obvious human dimension to this success. Market reform in China has undeniably lifted hundreds of millions of people from poverty. Nearly two-thirds of the population lived on $1.90 per day or less in 1990. In 2015, it was less than 1%. Per capita income increased by more than 900% over that period, and infant mortality rates fell by more than 80%.

Thirty years after the murders in Tiananmen Square, China presents a contradictory legacy. Its leadership has provided opportunities for a better life to a larger number of people than any government in history. And China remains a police state, where citizens can’t publicly acknowledge that this mass murder ever took place. 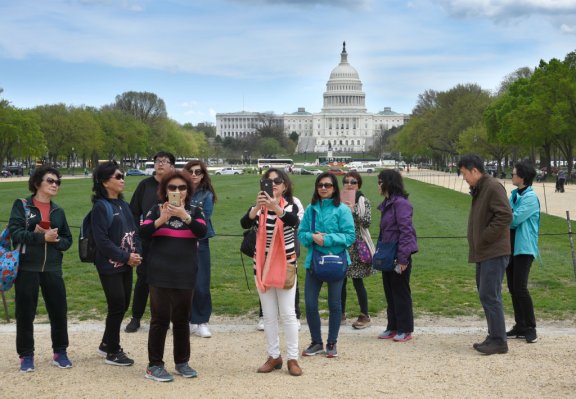 China Warns Travelers About Harassment and Crime in the U.S.
Next Up: Editor's Pick