The 'Counter-Textbooks' Offering Kids a Radical Look at History

Walt Whitman, Bayard Rustin and others feature in the book.
By Lily Rothman

Throughout the promotion of Beacon Press’ ReVisioning American History series–in which each book tells the nation’s story through the lens of a marginalized group–the authors kept getting the same question, usually from a teacher: Is there a version of this for kids?

“They are hungry for resources,” says Beacon senior editor Joanna Green. “They know their students want something that’s more radical.”

So Beacon is responding, starting with A Queer History of the United States for Young People. The adapted version of a 2011 book by Michael Bronski, released in time for the 50th anniversary of the Stonewall uprising this month, is full of stories of people who prove that issues of gender and sexuality have always been part of the American narrative. In July, the series will continue with a YA adaptation of ReVisioning‘s take on the indigenous perspective. And these aren’t the only books offering students a different take on the stereotypical textbook version of the American past. Separately, the New Press published the first young readers’ edition of James W. Loewen’s 1995 classic, Lies My Teacher Told Me, in April.

Demand for what Green calls “counter-textbooks” has been fueled by factors including student desire for more diverse stories; requirements like the California law that now mandates LGBT-inclusive social-studies curriculums; and larger shifts in the field of history, as the idea trickles down to classrooms that a study of the past is incomplete if it highlights only the perspective of the powerful.

But packaging new history texts for kids isn’t just about using shorter sentences and vocabulary words. Loewen says one of the hurdles in adapting Lies came in the section on the Vietnam War, which in the “grownup” version is told through that conflict’s iconic photography. Were those images so brutal that schools wouldn’t want a book containing them? Loewen decided to leave some out, replacing them with a note explaining that choice.

Other challenges go beyond the pages of the books. Though historians widely agree about the benefits of studying the past from more diverse points of view, says James Grossman, executive director of the American Historical Association, debate remains about how to achieve a good balance. Efforts to change how schools teach the American story can provoke backlash, but educators calling for more resources are clearly willing to keep trying to get it right. After all, it’s one thing to ask adults to reconsider their long-held ideas about American history–and another to offer young people a more robust view in the first place. 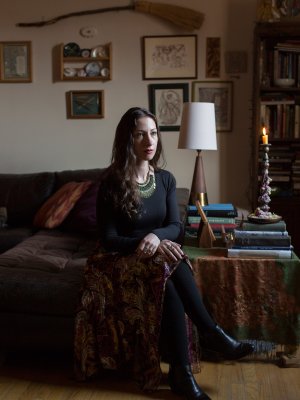 Yes, Witches Are Real. I Know Because I Am One
Next Up: Editor's Pick