Vuong was born in Ho Chi Minh City and immigrated to the U.S. with his family as a child.
Tom Hines—Penguin Press
By Viet Thanh Nguyen

Ocean Vuong read from his poetry at the Los Angeles public library two years ago. I was onstage with him as his interviewer, and what struck me about Vuong was his marvelous combination of vulnerability and strength. His frame is petite, his voice almost ethereal, and his moving poems explore the pain of being queer, a refugee, a poet and a member of a working-class family deeply impacted by the Vietnam War. The poems from his book Night Sky With Exit Wounds expose raw hurt, love and joy, and in performing them, he demonstrated the confidence required to reveal himself.

Vuong does the same in his compelling, emotional first novel, On Earth We’re Briefly Gorgeous, written as a letter from a Vietnamese-American narrator to his mother. The protagonist is known only by the nickname his grandmother has given him, Little Dog, and bears some resemblance to Vuong himself, or at least the Vuong portrayed in his poems. Building on the themes of Night Sky With Exit Wounds, the novel adds a plot in which the teenage Little Dog, a perpetual outsider, finds love with a white boy, Trevor. The two meet working as manual laborers in the tobacco fields outside Hartford, Conn., where drug and alcohol abuse are rampant among poor whites. Their love is transgressive in more ways than one: it is both queer and interracial.

Trevor suffers from an addiction to OxyContin, while Little Dog is haunted by the Vietnam War, through the ways it has traumatized his grandmother Lan and his abusive, conflicted mother, who takes out her frustrations on her son. What both women saw in the war flashes through the pages of the novel, as in the moment when an American soldier–a boy–points his M-16 in Lan’s face while she holds her young daughter. Mother and daughter know what most Vietnamese and too few Americans know–that the war burned not only soldiers but also civilians, including women and children.

Little Dog finds solace with Trevor, and their intensely physical relationship brings them together, highlighting key oppositions within the novel: death and sex, pain and pleasure, excrement and ecstasy, violence and love. The climax of the novel is also the climax of their passion, a powerful depiction of Trevor’s penetration of Little Dog: “The feeling brought on, not by tenderness, as from caress, but by the body having no choice but to accommodate pain by dulling it into an impossible, radiating pleasure.” To open oneself up to another is to risk being overpowered. But in being overpowered, Little Dog finds his own strength–through possessing Trevor, finding knowledge of himself and becoming a writer.

By daring to allow himself to be hurt, Little Dog finds, at least for a while, that most precious of resources: love. Likewise, Vuong as a writer is daring. He goes where the hurt is, creating a novel saturated with yearning and ache. Little Dog is turned inside out by his search for validation, and Vuong imbues his quest with meaning that extends beyond the personal. Little Dog pushes back against those who would criticize his writing when he says, “They will tell you that to be political is to be merely angry, and therefore artless, depthless, ‘raw,’ and empty. They will speak of the political with embarrassment.”

Vuong refuses to be embarrassed. He transforms the emotional, the visceral, the individual into the political in an unforgettable–indeed, gorgeous–novel, a book that seeks to affect its readers as profoundly as Little Dog is affected, not only by his lover but also by the person who brought him into the world: “You’re a mother, Ma. You’re also a monster,” Little Dog writes. “But so am I–which is why I can’t turn away from you.”

Nguyen is the Pulitzer Prize–winning author of The Sympathizer 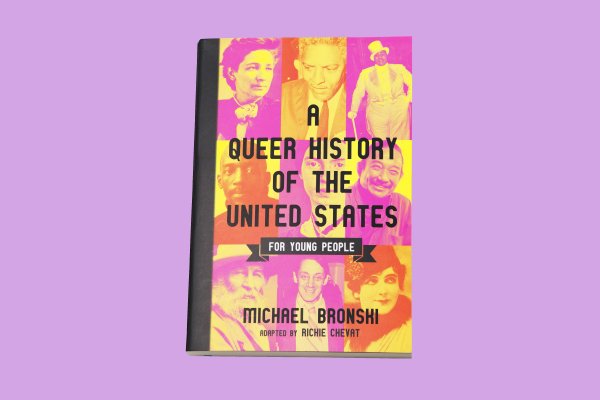 The 'Counter-Textbooks' Offering Kids a Radical Look at History
Next Up: Editor's Pick