Majors and Fails: living in San Francisco’s present while rooted in its past
Peter Prato—A24
By Stephanie Zacharek

Where, or what, is home? That question has as many answers as there are humans to ponder it. In The Last Black Man in San Francisco, Joe Talbot’s odd and wonderful debut film, two young black men, best friends and natives of that often romanticized yet deeply complicated city, take a semi-dilapidated Victorian house under their wing. It has special meaning for one of them, Jimmie (Jimmie Fails), whose grandfather built the house in 1946–or so Jimmie believes. Jimmie’s family lost the house years ago; it’s now owned by a high-strung, middle-aged white woman with no sense of its past beyond its obvious, aged beauty. (Its high market value, given its prime Fillmore District location, is a given.)

Jimmie and his friend Montgomery (Jonathan Majors), a soulful writer and artist who seems transplanted from another era–his uniform is the loose tweed jacket and sock-and-sandal combo of a Beat-era bohemian–visit the house with religious regularity. Jimmie often brings paint to touch up the house’s fading exterior trim, while avoiding the house’s cranky owner. His devotion to the house is meditative, representing not just his own childhood memories but a sense of belonging that goes back generations. The house also fuels his love of beauty. Glass light fixtures that dip down like lazy, benevolent tulips, Art Deco cigarette boxes shaped like champagne bottles: he and Montgomery share a deep, unspoken ardor for the past, understanding how old, whispered secrets live on in objects.

It would be correct to call The Last Black Man a story about gentrification, but that word hardly captures the movie’s mystery and its heartbeat. (The story is by Talbot and Fails, based on Fails’ own experience; Talbot wrote the script with Rob Richert.) This isn’t just a story about displaced communities, it’s about displaced souls, people so connected to history that they never feel quite at home in the present. Majors and Fails give fine performances here, in tune with each other but also with the pulse of the city that surrounds them, a universe of tech hipsters, of old-style hippies, of black kids hanging out on the streets of their own neighborhoods, far from the places where big money is made or spent. This is San Francisco now, but its neighborhoods–and its houses–harbor truths that can’t be signified in dollar signs. 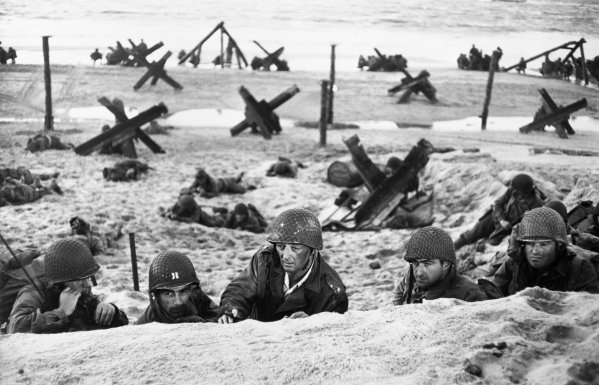 What’s the Most Accurate D-Day Movie? Here’s What 3 Movies Got Right—and Wrong
Next Up: Editor's Pick