President Donald Trump waves as he disembarks Air Force One upon arrival at Shannon Airport in Shannon, Ireland on June 5, 2019.
MANDEL NGAN—AFP/Getty Images
By Amy Gunia

The $935,033 total was paid in four installments to a family-owned business called JP Ward & Sons, according to the Guardian, which cited records on the government-run website USASpending.gov.

Neither the funeral home nor the State Department immediately responded to the Guardian’s request for confirmation.

President Donald Trump arrived at the Shannon Airport Wednesday, kicking off his first official visit to Ireland. He will continue on to France for D-Day commemorations Thursday, before returning to Ireland for a night when he is scheduled to fly by helicopter to his golf resort in the town of Doonbeg. He is expected to return to Washington Friday.

According to the Guardian, locals hope Trump will visit the village of Doonbeg, an eight-mile round trip from his golf resort. If he takes the Mercedes E-Class limousines to get there, it could work out to a cost of $116,879 per mile.

The Guardian reports that the same funeral home was paid around $114,000 for driving Michelle Obama and her daughters around for three days in 2013 while then-President Barack Obama attended a G8 summit in Northern Ireland. 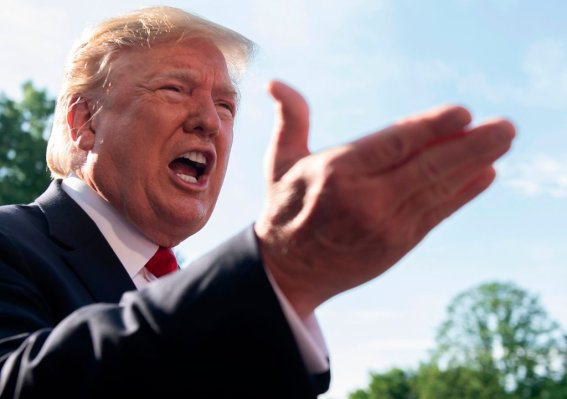 What Makes Trump's 'Treason' Talk Different
Next Up: Editor's Pick